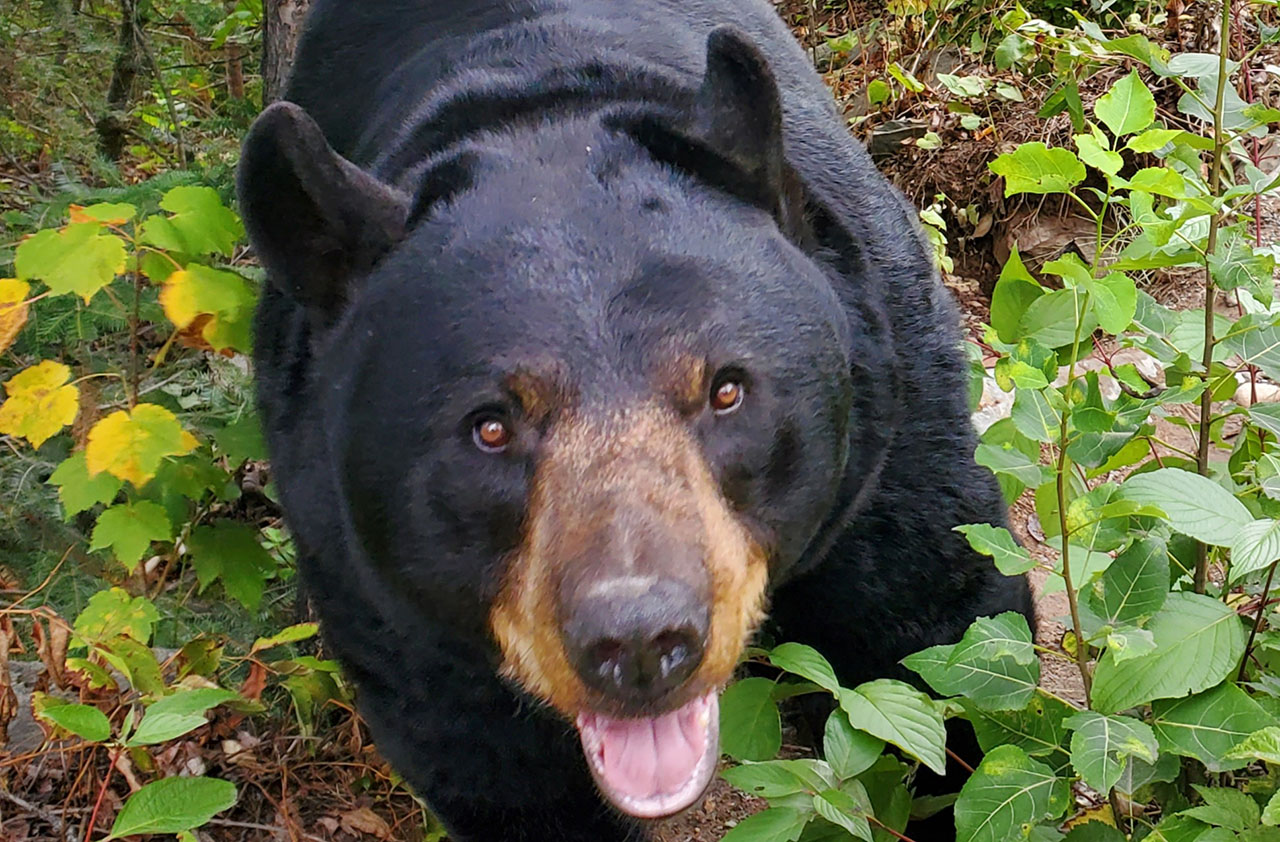 Bear fact: As the bears move from hyperphagia to fall transition, I’d like to point out why we use black oil sunflower seed in their diets. The seed is very beneficial to weight gain and the bears enjoy them. There are 2,500 calories per pound. For instance Ted gets two pounds, so in one feeding he gets 5,000 usable calories.

The hibernation weight and date contest is going on until Sept 12th. Click here to place your guesses. Fall transition is coming soon and we close for the season on October 24th. 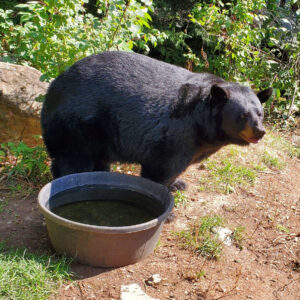 As many have seen, Holly enjoys waiting for Tasha to enter the viewing area. She will usually hide above the rock den, along the bear path by the main gate, or further back in the trees. Her main goal, I believe, is the element of surprise. Tasha, the innocent, waddles through looking for food and doesn’t seem to realize the potential threat that often comes barreling out of the wooded area; then the chase is on. You may have also noticed that the chase is slower and they take breaks in between. Each of the females have gained their hibernation weight. It’s a known fact that when the females run by the viewing deck our visitors feel the vibration. 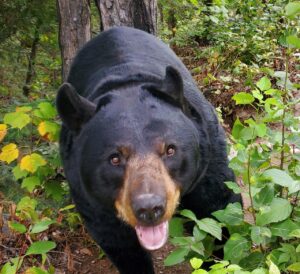 Lucky bear is still nervous as the wild bears move through the forest. If he can smell them but not see them, he is still afraid. He is also beginning preparation for hibernation by moving leaf clutter to the Cabin den. 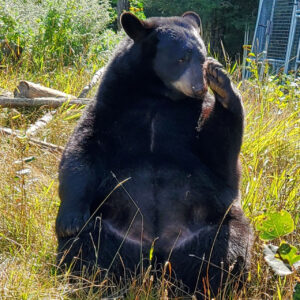 Tasha had time to show off on Tuesday morning. She sat on the mound checking each of her paws and then licking them. She rubbed her belly and stretched while a couple of staff members took her picture. She seemed so at ease with herself. She is one cute little round bear. After she walked away, the indentation on the ground looked like a crop circle. 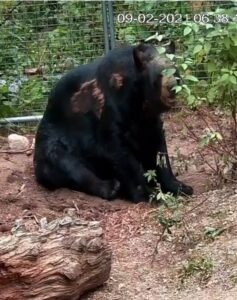 Ted rests and sleeps during many of the Behind-the-Scenes tours. He has earned the right to rest as he is retired now but, if he chooses, he can come to the fence for treats. Last weekend we had many children visiting, as soon as Ted heard squeals, he was up and to the fence. He was vocalizing with his gentle woots and tongue clicks. He is one special bear.

I want to personally thank everyone that donated foods to the bears from Amazon. It’s the best treats our bears can have. These are some of the favorites — Ted enjoys everything, Lucky loves his Brazil nuts and apricots. Holly enjoys the dates and Tasha loves anything you send.