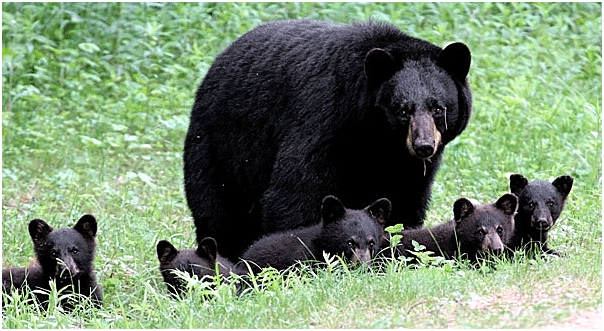 How many cubs can black bears have? The record is six in Pennsylvania. Most litters are two or three. Two is most common in western North America.

Three is most common in Minnesota and eastward in North America where food tends to be more abundant than in the west.

In New Hampshire, Tom Sears saw a litter of five shortly after the family emerged from a den in April 2007. He photographed them 6 weeks later when the cubs were about 5 months old.

All five cubs survived their first year, which is unusual for such a large litter. They likely received supplemental food, considering the predictability of their movements to allow such photos.