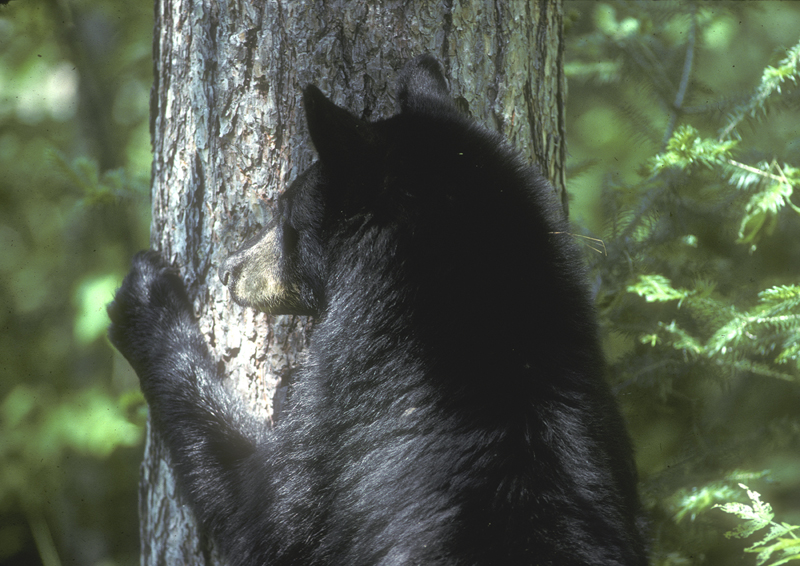 Why Are Black Bears so Timid?

The Pleistocene Ice Age was a dangerous time for black bears across North America.

For hundreds of thousands of years—until about 10,000 years ago—North America was home to saber-toothed cats, American lions, dire wolves, and giant short-faced bears.

Black bears didn’t stand a chance against any of these predators in a fight, but the black bear was the only one of them able to climb trees. Black bears stayed near trees and lived by the rule “Run first, ask questions later.” They develop a mind more like that of a prey animal than a predator.