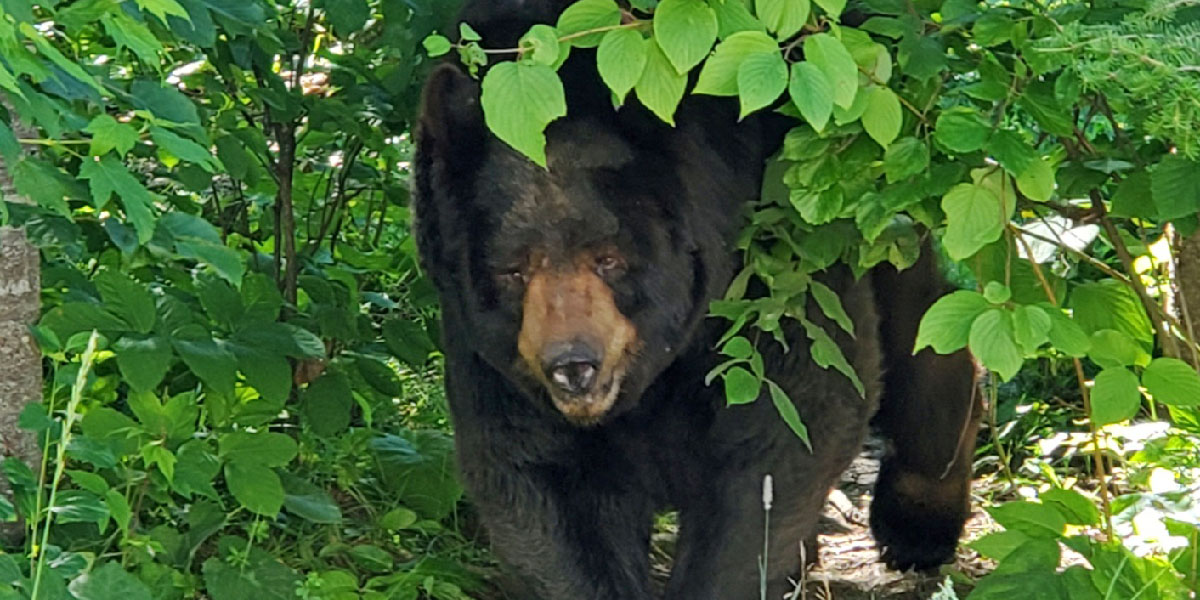 Ted and Tasha share the spotlight, Lucky shows off and bowl auction.

Bear fact: A fact about the fecal plug: The fecal plug is made up of feces, dead intestinal cells, hair and bedding material, it forms during hibernation not before. Read more about the Mysterious Fecal Plug here https://bear.org/bears-mysterious-fecal-plug.

Ted was out early on Thursday and had his breakfast in the viewing area. He napped, then woke in time for enrichment. I asked the interns to let Tasha out. She kept her distance from him by making her rounds through the high grass and flowers. She managed a few huffs as she took her bearsicle. All in all it went well. Tasha returned to her den and Ted went to his napping area and didn’t return until after 4:30pm!

It wasn’t really exciting for Ted and Tasha, but it was nice for us to see two bears out together other than Lucky and Holly.

Tasha’s shedding has turned into mats and snarls of twisted fur. It will be great when she gets rid of her old coat to grow a new one. Today while showing off for a group she grabbed the attention from Lucky. As she was rubbing herself on the fence, I explained to the group that she was trying to help herself pull mats of fur out! She is a cute bear and knows how to steal the show.

Lucky’s antics and comedic positions in the viewing area always bring laughs. Many people/visitors don’t expect that bears can sit on their bottoms just like us. One of our summer interns caught a cute picture of him. He never disappoints those watching him.

Holly had a good week. She has shed her old coat and is sleek looking. She is gaining weight and visiting the feeders several times a day. This year the standup feeder and the tree trollies have been a big hit with Holly and Lucky.

Our visitors are mesmerized as the bear launches up the Pat tree, dumps the tray and then climbs/slides to the ground to eat the treats. Someone asked from the deck if they jumped down. Bears always back down tree butt first.

The bowl auction initiated by the summer interns and supported online by the Northwoods Bear Foundation raised $1600! A heartfelt thanks to all that participated and especially the winners and the Northwood Bear Foundation. All of the proceeds will go towards bear care and food for our bears.

Thank you also to everyone who purchased food for the bears on our Amazon Wishlist. Currently, cherries are at the top of the list of needs for the bears.