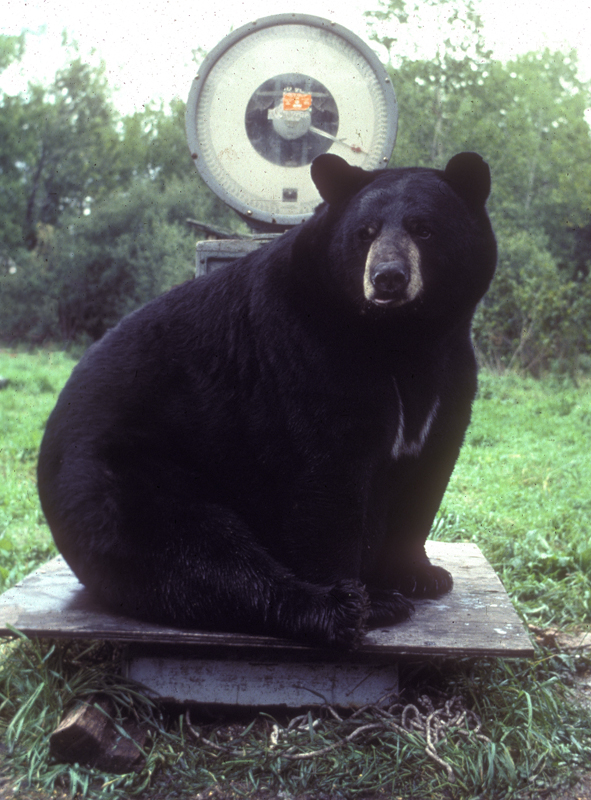 Captive bears may exceed these weights. 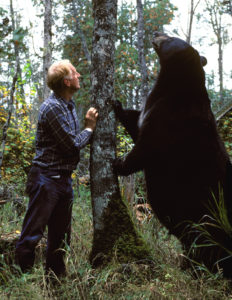 Weight gain
The period of weight gain in the Northwoods is short-mainly summer. In parts of North America that have acorns, hickory nuts, and other fall foods, weight gain can extend through fall.

Supplemental food
Unusually heavy black bears typically have access to supplemental food. Researchers weighed such a bear near Orr, Minnesota, in 1994. Duffy, age 12, weighed 584 pounds on July 31 and 876 pounds on September 5 (photos), gaining 8.1 pounds a day those 36 days. On September 9, he went off to make a den. On July 4, 1995, he weighed only 465 pounds after losing 411 pounds (47 percent) during hibernation and mating.

Photo: As a side note on this unusually big bear, he had a gentle personality. He trusted people where he was accustomed to seeing them, and he allowed researchers to walk with him, but he remained wary of unexpected people. He survived far past the average age of 2 at which male bears are shot in Minnesota. A hunter shot him at the age of 16 ¾ in the area where he was used to seeing people.