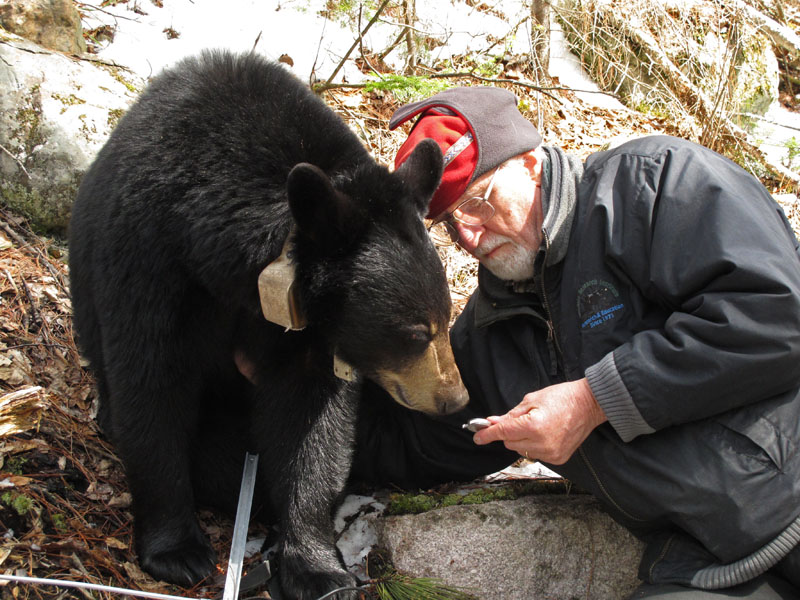 Myth: When Bears Lose Their Fear of People, They Become More Likely to Attack

Bears that are used to seeing people are less likely to flee but are no more likely to come after people and hurt them than any other bear.

Does this mean people should approach wild bears and attempt to feed and pet them?  Does it mean bears can live around people like pets? No.

When people touch wild bears that are not used to being touched, the bears may shy away or occasionally nip or slap, causing minor injuries.  Bear Center researchers do not consider these mild defensive reactions to be attacks.

In over 50 years of working closely with wild black bears, Bear Center researchers have never had one come after them and hurt them.