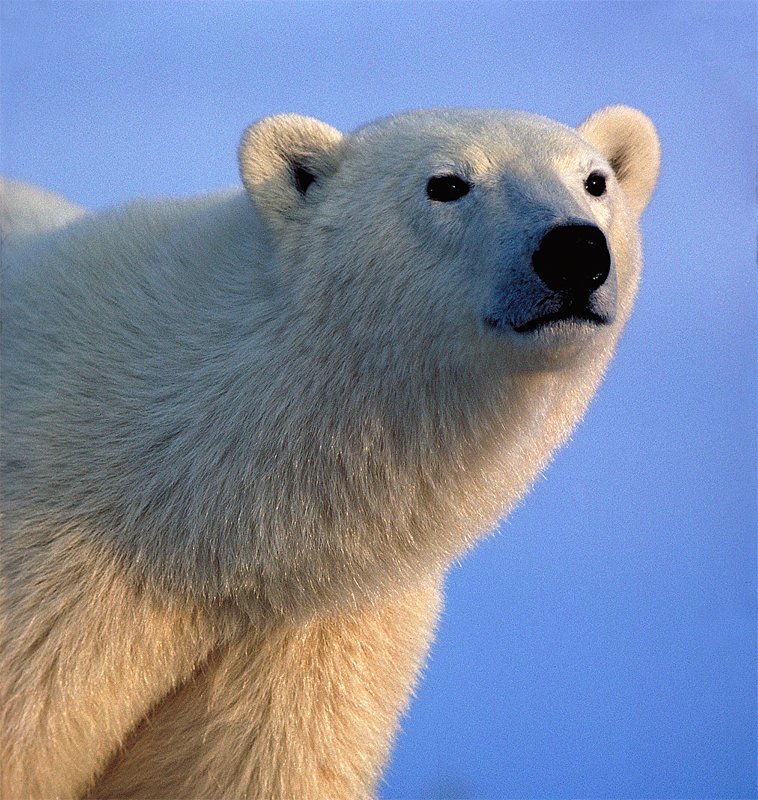 For decades, scientists believed that polar bear hairs function as fiber-optic conductors. They believed the hairs collect ultra-violet light and direct it to the black skin where it is somehow converted into heat. This speculation began in the 1970’s when scientists learned that polar bears absorb UV light, making them appear black in UV light. Based on circumstantial evidence, indirect inferences, and misinterpretations, scientists created mathematical models to estimate the efficiency of energy transference in the hairs.

People liked the idea of polar bears possessing the ultimate solar collector. It combined the wonder of nature with the hope for a solar collector that might help people develop a new form of alternative energy. People wanted to believe it. Christian Science Monitor wrote, “There exists a natural collector that converts part of the solar-radiation spectrum into heat with an efficiency exceeding 95 percent. The remarkable device is polar bear fur.”

Before the hairs were even tested, the idea found its way into the mainstream through the media, the internet, books, and statements by wildlife professionals. Nearly everyone who wrote or lectured about polar bears included this “fact.”

As it turns out, though, polar bears have fur that suits their needs just fine without being fiber-optic. Daniel Koon, an associate professor of physics at St. Lawrence University became curious after reading the old myth as a fact in a physics text book. He became the first person to actually measure the amount of light that travels down a polar bear hair shaft. The hairs did not function like fiber-optic cables. Less than 0.001 percent of red light and less than a trillionth of violet light traveled an inch down a hair shaft. Even less UV traveled down the shaft because the UV was absorbed by keratin in the hair, which explains why polar bears look black in UV light. His tests disproved a “fact” that experts had believed and repeated for decades.

Editor’s note: A problem for bears is that “experts” spread many erroneous beliefs about them. Some of those beliefs skew public opinion and influence bear management decisions. Overcoming misconceptions is a huge job that is being attempted in a small way by the North American Bear Center.