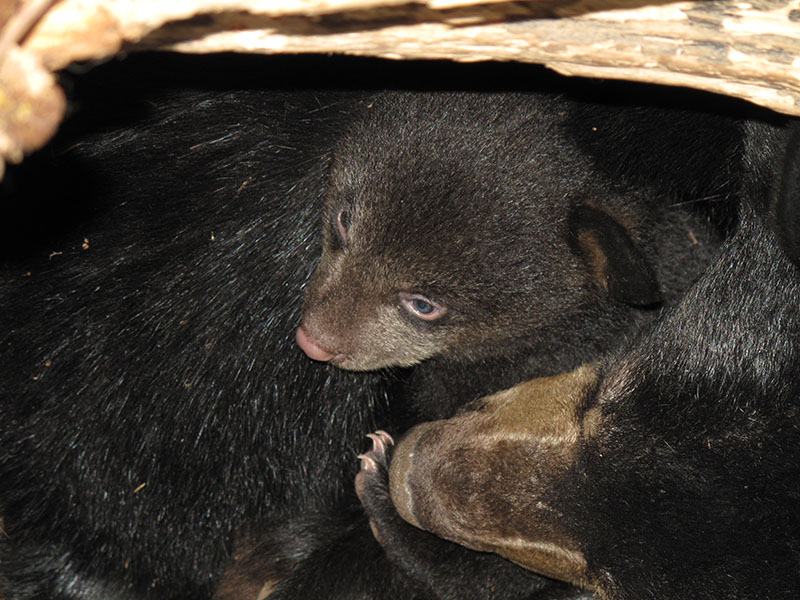 Myth: Mother Bears Give Birth in Their Sleep, Wake up in Spring, and Are Surprised They Have Cubs

Untrue.  The mothers’ metabolic rates are slowed by hibernation, but they wake up to birth and care for the cubs like other mothers do.

Lily and Hope in the den

Lily as a wild 3-year-old female black bear allowed researchers to place a web cam in her den in 2010. The cyber-world watched as she gave birth and cared for her cub—a technological first.