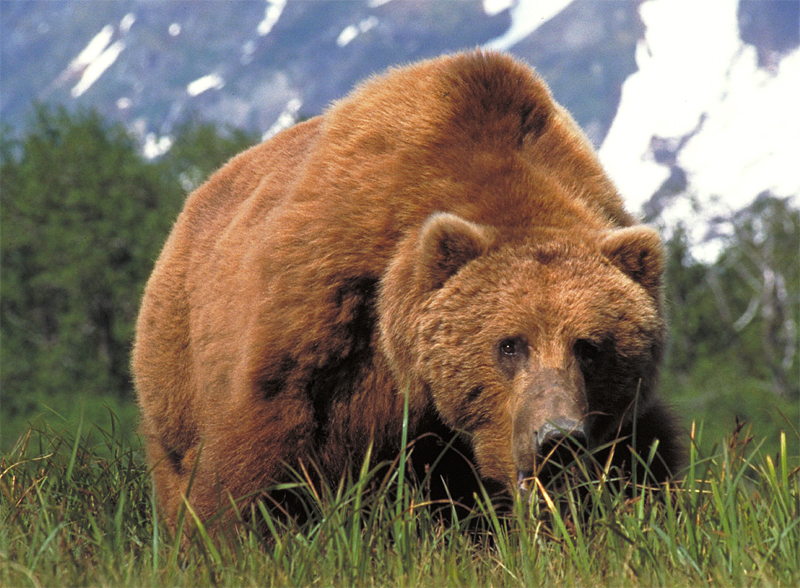 A large male can stand over 10 feet tall on his hind legs and 5 feet on all fours. A weight of 1,648 pounds was listed for one male in the Journal of Mammalogy. Females are about 20 percent smaller and 30 percent lighter than males.

In captivity, Kodiak bears can become even heavier than in the wild. The largest known Kodiak bear lived at the Dakota Zoo in Bismarck, North Dakota. Named Clyde, he weighed 2130 pounds when he died in June 1987 at the age of 22. According to zoo director Terry Lincoln, Clyde probably weighed close to 2400 a year earlier He still had a fat layer of 9 inches when he died.

The longest lived brown bear on record was a female at Henry Doorly Zoo in Omaha, Nebraska. She produced cubs through age 41 and was euthanized at 44.