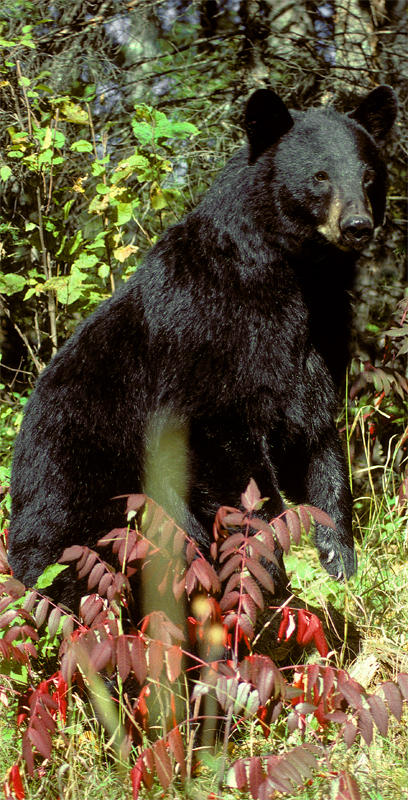 How Do Black Bears Respond to Bright Sunlight? 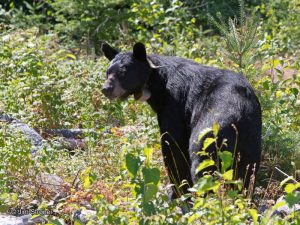 Black bears also tend to avoid midday sun around Ely. Researchers had to fly four times longer and farther to see black bears at midday on sunny days than on overcast or light rainy days. 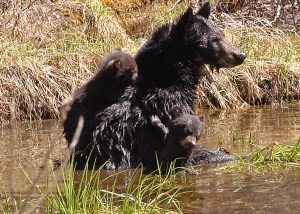 Mother and cubs cooling off

On sunny days, black bears spend more time in the shade. To find out why, Ely researchers measured fur temperatures on a black bear at midday on a windless 73-degree day (May 31, 1990). The tips of the fur were as much as 185 degrees where the sun hit squarely on the bear’s back. The bear still had most of its winter coat to insulate the skin from the sun. Still, heat crept down through 2.3 inches of guard hairs and 1.7 inches of dense under fur to raise skin temperature to 112 degrees. The bear panted as its rectal temperature rose to 103.4. After a half hour in the sun, the bear stopped feeding and retreated to the Kawishiwi River to drink and lie in the shade. The bear stretched out so the skin of its sparsely furred belly made maximum contact with the ground. Four days earlier, researchers had measured how fast rectal temperature decreases while lying down like that. Ambient temperature that day was 74. The ground was 49.6. It took 21 minutes for the rectal temperature to fall from 103.7 to 101.8 and the bear to resume activity. The bear then remained in the shade.