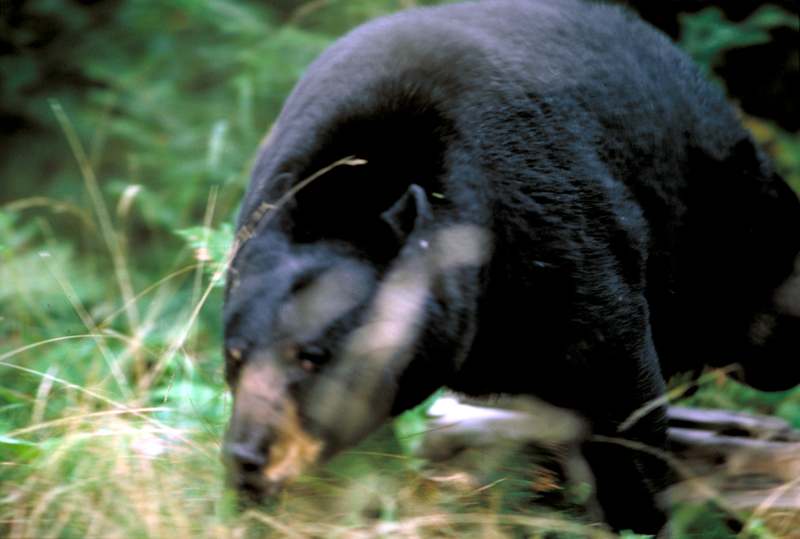 How Dangerous Are Bluff Charges? 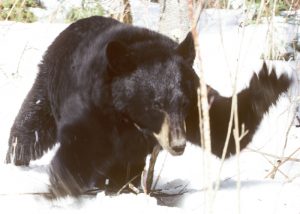 Stories of bears rushing at people are rare but do happen.  These are bears that make the news.  They are the unusually aggressive bears that create stories of narrow escapes.  The stories typically involve a mother with cubs in someone’s yard for birdseed or garbage putting her ears back and rushing at someone who barely makes it into the back door.  No one is hurt, but it creates fear.

Researchers had a chance to work with such a bear in 1987—the only opportunity in four decades of research involving over a thousand bears.  A real bluff-charging bear like Old 812, as she was known, is rare.

When black bears are nervous, most of them either retreat or make one pounce, slam their front feet down, and blow loudly. Ferocious as it looks, experienced observers know that blustery bears are not about to attack.

Mothers with cubs sometimes make short rushes, especially if a researcher is holding one of her screaming cubs. The rush is a series of pounces, slamming the feet down with each pounce. But again, the bluster telegraphs nervousness and a lack of intent to attack. Researchers who push the envelope see this behavior frequently and pretty much ignore it.

But Old 812, shown in the video, was different.  Each bear has a different personality, and her signature characteristic was the unusual habit of repeatedly making ferocious looking bluff charges rather than single pounces. Like the bears that rush people in their yards, she was there for food.

She had cubs, was lean, and was probably extra hungry because of the metabolic demands of lactation.  She was unusually determined to stay and eat. The video shows a research assistant repeatedly taunting her to rush at him while the lead researcher safely videotapes from behind a tripod. Again and again, Old 812 bear laid her ears back and rushed. Again and again, she stopped short and retreated, blowing loudly. At the end of each retreat, she clacked her jaws, which looks and sounds threatening but is an expression of fear. Bears that clack their jaws do not attack. She further showed her fear by running to the tree for protection whenever the assistant showed aggression. When he went after her with a canoe paddle, she climbed to escape.

On another day, the lead researcher asked the assistant to taunt the bear and run to see if running would trigger an attack. The lead researcher lay down to take pictures from ground level. The bear bluff charged the assistant as predicted, running right by the innocuous-looking photographer (photo). She pursued the running assistant farther than usual so it appeared she was chasing him, but she came no closer to him than when he had stood still. A few feet past the photographer, the assistant looked back at the bear and tripped. As he went down, the bear went through wonderful athletic gyrations to avoid touching him. She then retreated, as in the video, clacking her jaws and looking entirely fearsome.

With all her bluff charges, Old 812 never touched anyone. People saw this unusual bear many times around residences and at a campground. She lived to the relatively old age of 13 before a hunter shot her in 1987, the year the video and this picture were taken.

In all their dealings with bears, the researchers have never had a bear come after them and hurt them.