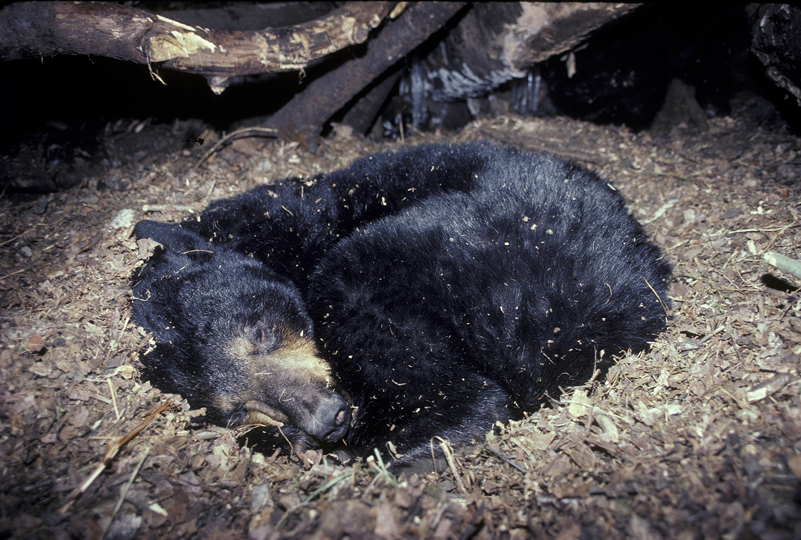 When people defined hibernation simply in terms of temperature reduction, bears were not considered hibernators. However, when biologists discovered the many metabolic changes that let black and grizzly bears hibernate up to 7 ½ months without eating, drinking, urinating, or defecating, they realized that body temperature was only a small part of hibernation.

The confusion about what to call black bear hibernation is a matter of definition. Further confusion has arisen because it differs with region and fatness (see other exhibits).