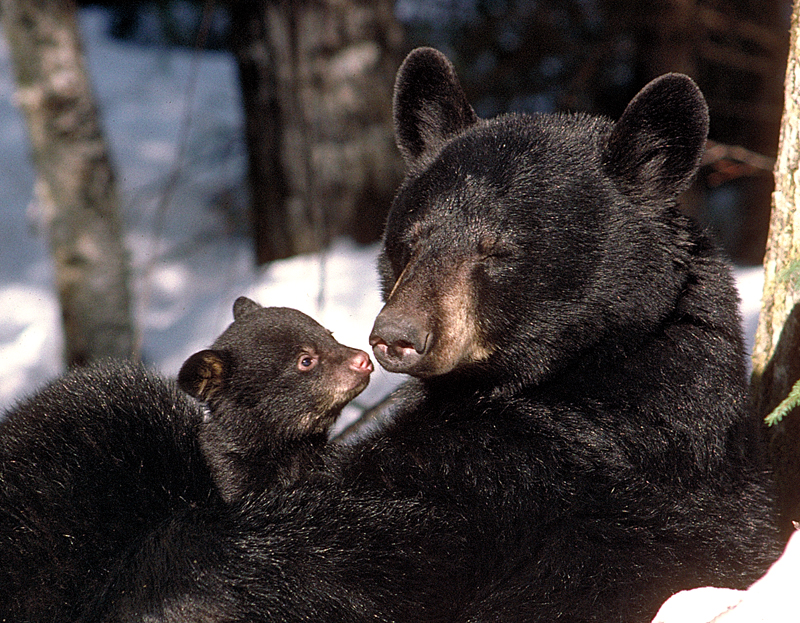 Dealing with Water in the Den

Water in dens is a problem, especially for mothers with cubs.  Newborn cubs that are too young to walk in January, February, or early March can be killed from exposure or drowning if there is an early melt or hard rain.

By mid-March, cubs have enough fur and mobility to deal with wetness with help from their mothers.  Some cubs take refuge on their mothers’ backs.  Sometimes, the whole family can find a drier spot in the den.  Melt water that drips on cubs is licked off by the mothers.

If a den is flooded, mothers sometimes evacuate the cubs by carrying them in their mouths, one at a time, where snow is too deep for the cubs to walk.  Other families have moved outside until their dens dried out and then moved back inside.

Female 320 found a different solution when melt water soaked the floor of her den in a cave near Ely on March 12-15, 1973.  She bit branches off spruce saplings and brought them into the den to raise herself and her three cubs above the water.

During a thaw in March 2007, water seeped into 6-year-old June’s den.  She moved her cubs to a bed on top of the den and licked them dry.  The family remained in this bed for a week.  They returned to the den when cold weather returned.  June led her cubs away from the den to a white pine bed tree on April 16.