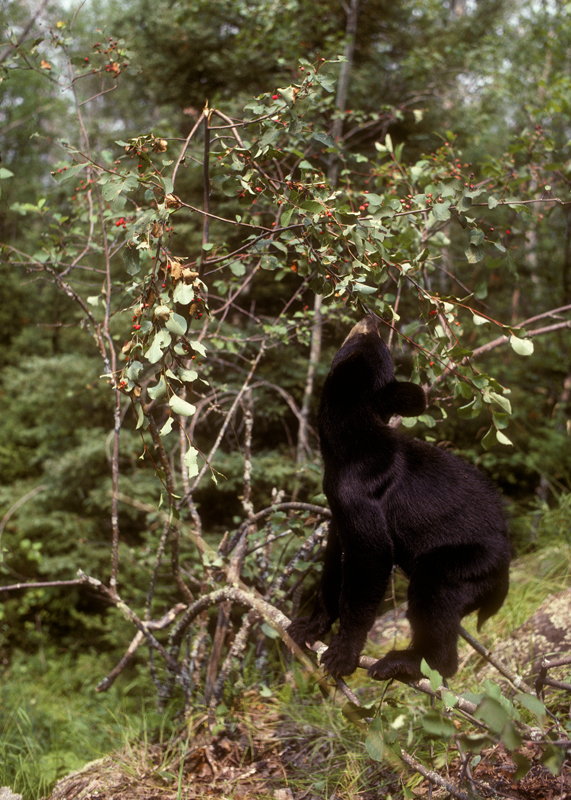 Berries are important foods throughout the black bear range. The most commonly eaten berries in northeastern Minnesota are sarsaparilla berries, juneberries, cherries, dogwood berries, blueberries, and raspberries. Many other berries are eaten, but they have shorter seasons, are scarce, or are less preferred. A very few berries, including common berries like baneberries, elderberries and blue bead lily berries, are not eaten.

The main period of weight gain in northeastern Minnesota is July and August when berries and hazelnuts are abundant, making that period especially important to growth and sustaining pregnancies. 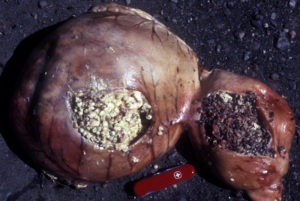 Researchers found that bears around Ely end mating activities before the critical feeding period and focus on feeding for the remainder of the summer.  In eastern states, bears continue mating activities longer into summer because the critical feeding period is not until fall when acorns, hickory nuts, beechnuts, and other foods become abundant.  These foods are scarce or absent around Ely.

Black bears are efficient berry-eaters, consuming up to 30,000 berries a day in a good year.

They gather berries quickly, using their sensitive, mobile lips and swallowing them whole.  The berries enter a two-part stomach, which grinds the pulp off the seeds.

The seeds pass through the digestive tract unbroken and able to germinate, making black bears important seed dispersers.  Each summer, they spread the seeds of their favorite berries all over their home ranges.  For very large-seeded fruits like Canada plum (Prunus nigra), black bears are probably one of the few species that can disperse the seeds. 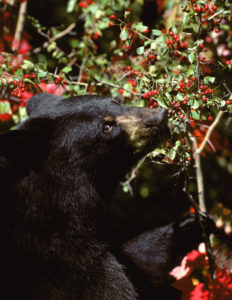 Bears around Ely gain weight most rapidly during July and August when berries and hazelnuts are abundant.  When the berries run out in September, there is little else to eat.  The bears usually enter dens in September or October.  At that time, bears in the eastern deciduous forest are just beginning their fall period of rapid weight gain.

Berries contain anti-oxidants, and the seeds of some species contain vitamin B-17, considered an anti-cancer compound by some scientists.  Although cancer occurs in captive bears, it has never been reported in wild bears.