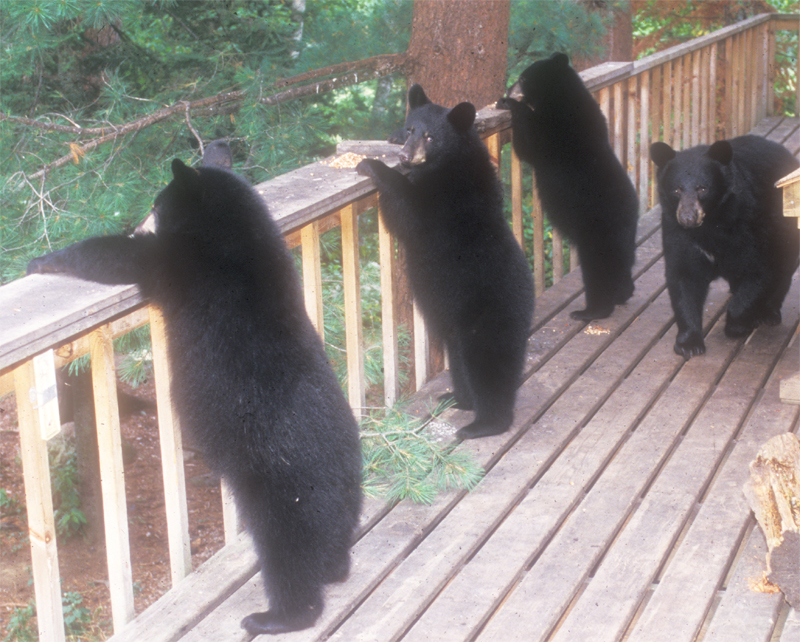 Science Daily, from the May 2008 Journal of Mammalogy

Black bears that eat human food and garbage do not necessarily learn this behavior from their mothers as previously assumed.

Researchers in California found that black bears that eat human food and garbage may not be learning these behaviors exclusively from their mothers, as widely assumed. Bears that steal human food are just as likely to form these habits on their own. 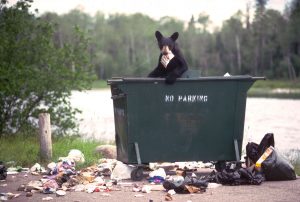 “Understanding how bears acquire behavior is important in devising strategies to minimize human-wildlife conflicts,” says Dr. Jon Beckmann, a co-author of the study. “According to our findings, bears that feed on human food and garbage are not always learning these habits from their mothers.”

Working around Lake Tahoe and in California’s Yosemite National Park (where often bears break into visitors’ cars), the researchers examined genetic and behavioral data for 116 black bears. The bears were classified as either food-conditioned (eating some human food) or non-food-conditioned (eating only natural food). The study also focused on 9 mother-offspring pairs to test the assumption that mother bears teach their cubs to invade garbage bins or homes.

The verdict: Researchers found little evidence linking food-conditioned behavior with related lineage. The study indicates that bears may seek out human food as a function of social learning that may be independent of close relatives, or as a habit that is acquired in isolation from other bears. Specifically, the study identified the mothers of 9 of the bears in the study, of which 5 (56 percent) did not share the behavioral habits of their mothers.

“These findings help form management strategies that would otherwise assume that cubs will always repeat the behaviors of food-conditioned mothers,” says Dr. Jodi Hilty, Director of Wildlife Conservation Society-North America. “Moving mothers and cubs may have only a limited effect in eliminating human-bear conflicts, which seem to be primarily driven by human food sources that are available to bears.”