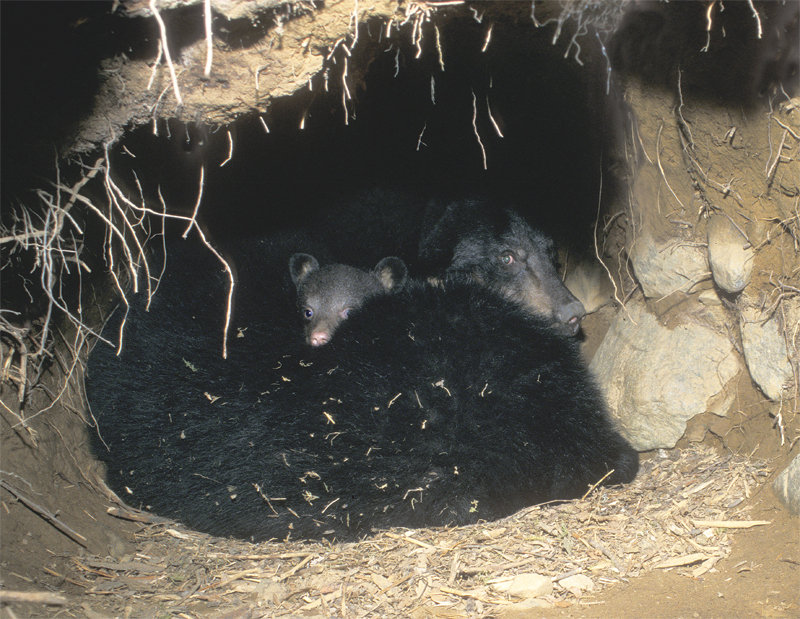 What Is the Black Bear Reproductive Cycle?

Black bear females typically produce cubs every two years once they become mature. The 2-year reproductive cycle is genetically timed to fit the annual cycle of plant growth and fruiting of the region.

In northeastern Minnesota, black bears mate in late May or June. Sperm fertilizes microscopic eggs in the uterus, and each egg quickly develops into a tiny ball of cells called a blastocyst. Black bears have delayed implantation, which means the blastocysts suspend further development until they implant in the uterine wall in November. After implantation, the blastocysts develop rapidly and become cubs that are born in mid to late January.

Mother and cubs remain together for 16-17 months until May or June of the following year. Then, the family members separate, the mother mates again, and the 2-year cycle repeats.