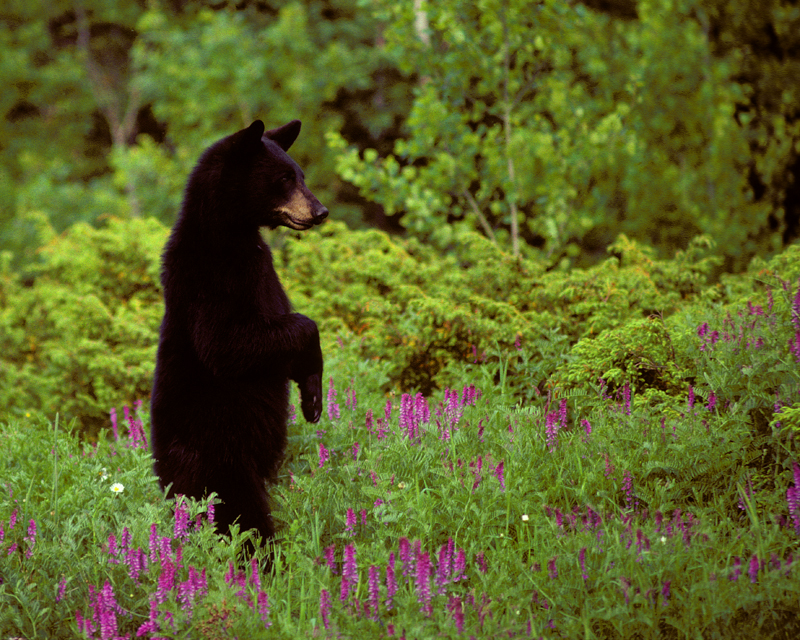 What If I Want to Watch a Black Bear I See?

Seeing a wild black bear, especially a mother with cubs, is a rare opportunity.  Seeing a bear before it detects you is a chance to learn what bears do.

When researchers spot unaware bears, they stand quietly so the bear doesn’t hear rustling leaves and clothing.  When the bear detects you, it may run away.  A bear’s greatest fear is strange bears.  Speaking can help the bear identify you as human. 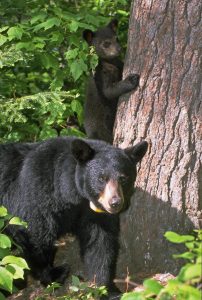 The bear may pounce toward you and slam its front feet down and blow.  Ferocious-looking bluster means the bear is nervous and uncertain.  It does not mean the bear is contemplating attack.  Any cubs are likely to climb trees when their mother behaves nervously.  To appear less threatening, researchers slowly sit down or lie down.  The bear may not yet know what you are, so it may help to speak gently again.

Each bear has its own personality.  Some calm down after 20-30 minutes and resume foraging or caring for their cubs.  Watching is fascinating.  A bear’s gentle power, timid nature, and human-like actions are not what most people expect.

A bear may approach closer than an observer is comfortable with.  Standing up usually makes bears retreat.  Some people carry harmless pepper spray.  Bear Center researchers have never had a bear they were watching come after them and attack.