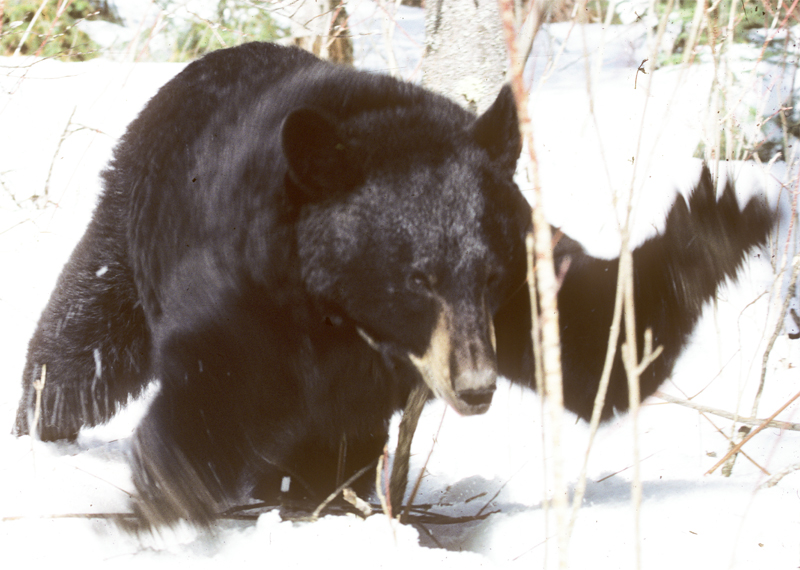 What If I See a Bear That Seems Threatening?

This picture shows harmless bluster by a nervous black bear—a mature female. She made her muzzle long and narrow, lunged forward, blew loudly, and slammed her front feet down into the snow. Predictably, she lunged against a sapling that would shake and make her ritualized display the more impressive. She lunged with startling suddenness—but with no risk of attack. She was nervous because a familiar researcher brought an unfamiliar partner. Nevertheless, the three proceeded to walk together uneventfully as the bear went about her business. 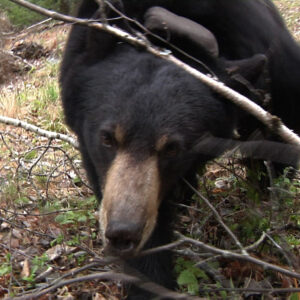 Long and narrow muzzle before bluster

Many such bears are shot unnecessarily by people who think blustery bears are likely to attack. To most people, any bluster seems threatening. Bluster means a bear is nervous about something and wants to talk about it—not attack.

People see bluster from mothers with cubs, hungry bears in campgrounds, or bears along hiking trails where they are used to getting food from people.

A common form of bluster is jaw popping (clacking teeth), which means the bear is afraid. Another is the pounce and blow (exhale) as in the picture here or in the videos in the section on Vocalizations and Body Language.

When a black bear approaches a hiker and shows bluster, some people think the bear learned to do that to make the person drop his or her backpack. In fact, some brochures advise people to do just that. In truth, bluster means a bear is too nervous to approach calmly. Blustery bears are particularly easy to chase away. Nevertheless, hikers who see blustery bears often drop their backpacks like the brochures say, making some people wonder if the bears wrote the brochures.