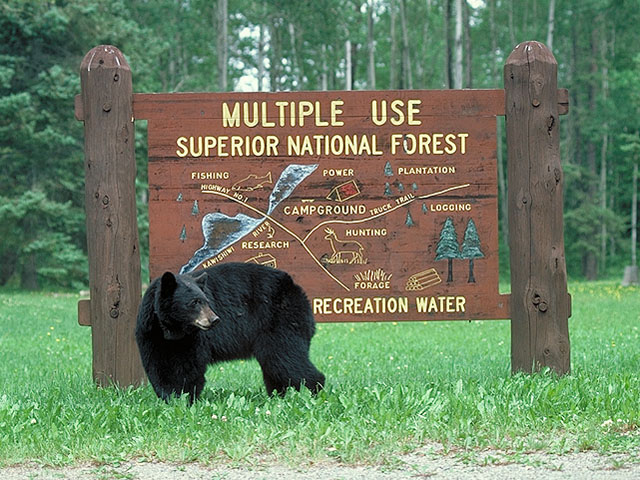 What If a Black Bear Ignores Me and Doesn’t Run Away? 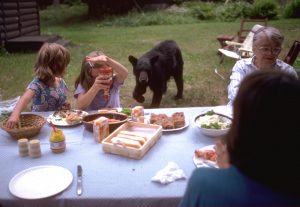 Hoping for a hand-out

Some black bears have learned to trust people who behave predictably in expected locations.  These bears expect to see nonaggressive people in campgrounds or residential areas.

These bears are not impudent, brazen, or testing their dominance.  These same bears run from people they see in unexpected places.  But as long as their world is predictable, with people behaving predictably and nonaggressively in predictable places, these bears can go about finding food without needlessly running from people who have proved many times not to be a threat.

Nevertheless, they assess the demeanor of anyone who comes close — just as they do with other bears — and are alert to aggressive behavior.

If one of these trusting bears is seeking food you need for your camping trip, it might be time to shake up its world and make it feel unwelcome.  Bear Center researchers have never seen a black bear they couldn’t chase away by yelling, waving their arms, and rushing toward it.  Waving and popping a big black plastic garbage bag while advancing toward a bear is doubly terrifying.  It is not the same old banging pots and pans many bears have come to expect.  For the ultimate in terrifying bears, get your group together with everyone waving a garbage bag.  Researchers have never seen a black bear that did not immediately run from a stampede, and no black bear or grizzly has ever attacked a group of six or more.

Of course, mild pepper spray is easier than any of the above.