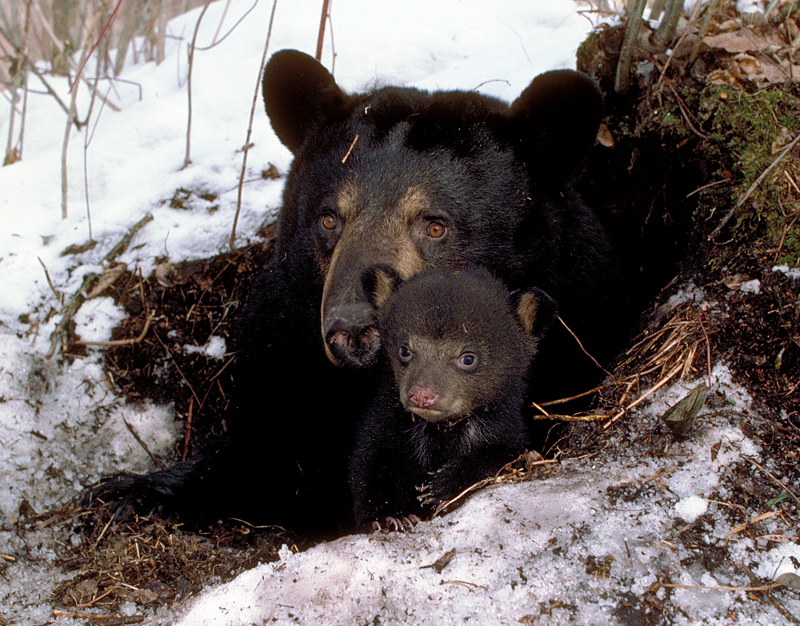 Bears around Ely typically leave their dens in early to mid April.  In years with sparse snow, some bears leave as early as March 24.  Mothers with unusually small cubs have remained at dens until mid May.

As the time for emergence approaches, bears may move in and out of their dens or may leave abruptly, especially if dens become wet from rain or melt water.

Cubs have a hard time walking through deep snow.  If dens are dry, mothers around Ely typically base their activities at the dens until the snow is nearly melted and the cubs can easily follow her to a big white pine.  There she rakes a bed of vegetation to insulate them from the frozen ground.  Black bear cubs are natural climbers.  They practice climbing from the time they leave their dens.  They also play with objects, each other, and with mom when she is available.