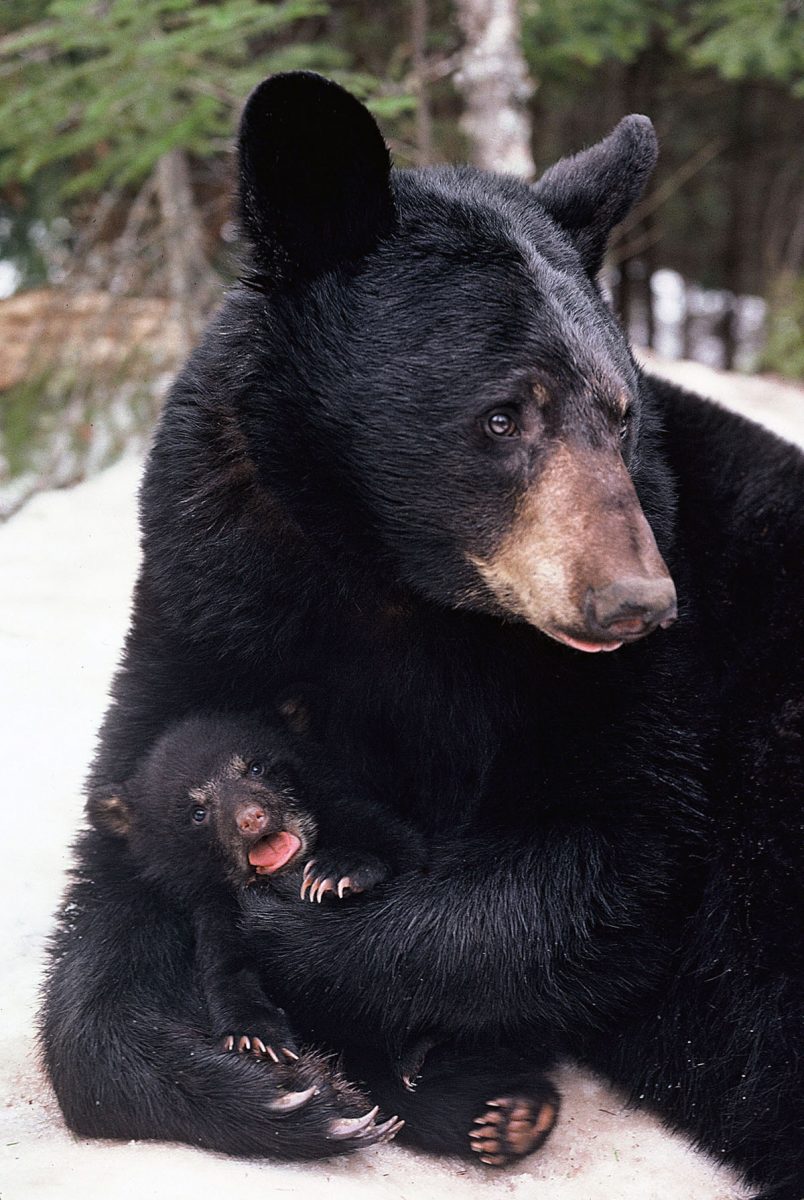 Black bears not only communicate with grunts, tongue-clicks, and blowing.  They have a resonant voice.  It is not the barking, growling voice of a dog and is seldom the shrill voice of a house cat.  It is distinctly bear-like with a near human quality that is easy to mimic.

Examples of the black bear’s resonant voice, include:

Children and babies sound like cubs. A screaming child sounds like a cub screaming in terror.  Crying babies can fool mother bears into trying to retrieve lost cubs.

For example, on July 4, 1970, a mother bear that had just awakened after being tranquilized began looking for her cubs.  The researcher’s 3-week-old baby began crying.  The bear immediately approached to within a few feet, saw it was not one of her cubs, and turned back.  She shortly found her cubs resting in a treetop.

On March 15, 2003, a mother bear ignored people standing outside her den until a newborn baby one of them was holding began to cry.  In an instant, the mother bear was up out of her den and looking at the baby from two feet away.  She looked back into her den and saw her wide-eyed cubs.  The concerned expression left her face, and she settled back down into the den.

On July 24, 2004, a baby cried while a parent changed its diapers at bedtime.  Outside, a mother bear appeared and pressed her nose against a big picture window four feet away.  She stood up with her paws against the glass, craning her neck to look and listen until the baby was quiet.  She then walked off into the darkness with her cubs.