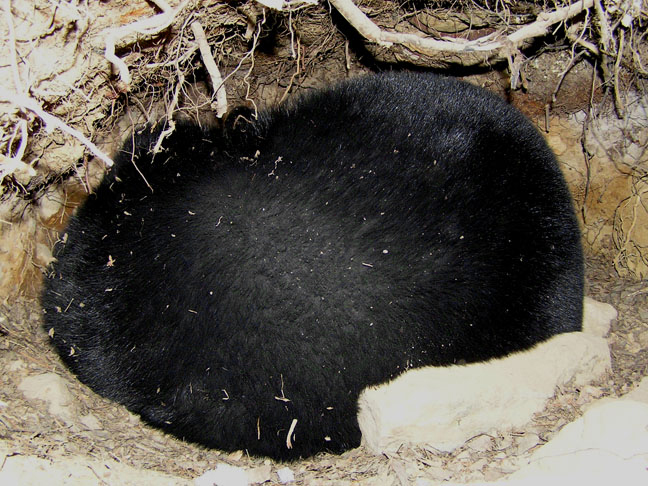 Bears hardly lose any muscle when they hibernate, say zoologists at the University of Wyoming. Their findings could lead to new treatments for muscle wasting in humans, or ways to conserve muscle tissue during space flight.

Henry Harlow and his colleagues made the discovery by analyzing muscle biopsies from sedated bears at the start and end of hibernation. They believe bears conserve muscle so they can fight or flee if disturbed by predators.

Harlow’s team has been studying black bears in the Rockies for the past four years and the latest findings came from studies on about 10 bears per year.

Harlow believes bears have developed tricks that conserve muscle. “They don’t eat, drink or pee for 130 days,” he says. “They reabsorb urea through the bladder and use the nitrogen to conserve protein.” If humans tried the same trick, he says, they would suffer from uremia.

Readings from small thermometers implanted on the bears showed that they probably “exercise” by shivering periodically during sleep. Although core body temperature stayed constant, temperatures in the neck spiked around four times a day. “It means the bear is vigorously contracting muscles,” says Harlow.

Harlow and his colleagues track hibernating bears with radio-collars. Harlow creeps into the dens with a flashlight and a sedative-containing syringe on a pole. He has learned that black bears try to escape rather than attack. “None of my crew has been hurt, and we’ve been in 300 dens,” he says.