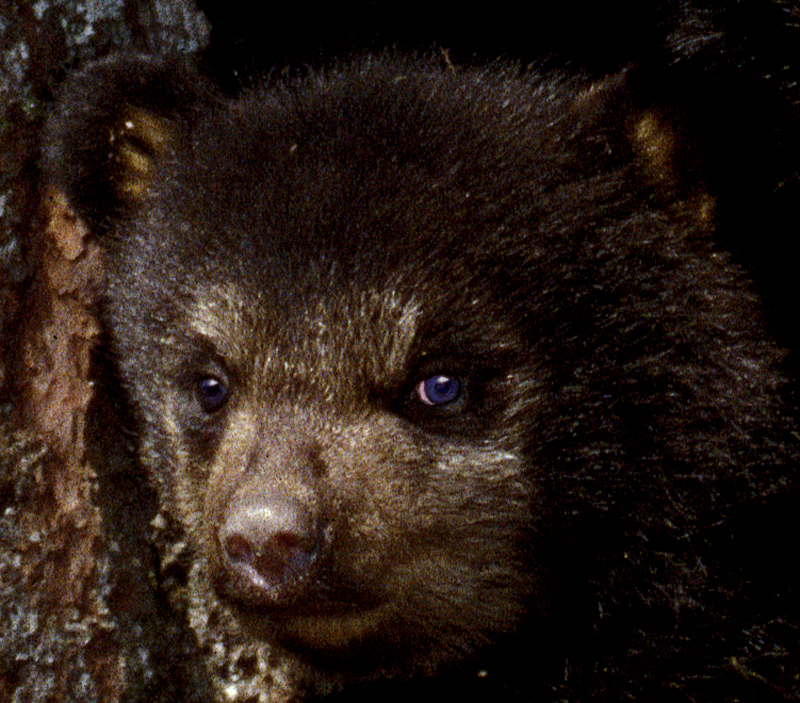 General: Black bears are 4 to 7 feet from nose to tail, 2 to 3 feet high at the shoulders, and have small eyes, rounded ears, a long snout, a short tail, and light gray skin.  Their fur is shaggy or sleek, depending upon season.

Compared to grizzly bears: Black bears average smaller than grizzly bears, have a smaller shoulder hump, and a less concave facial profile.  Their claws are smaller and more tightly curved for climbing trees.  Their fur is less shaggy.  Their ears are longer, smoother, and more tapered.  They have a furred rear instep, unlike the grizzly.

Fur color:  Black bears come in more colors than any other North American mammal.  They are almost always black in eastern populations but are brown, cinnamon, black, or occasionally blond in western populations.  Other color phases are white and bluish-gray as shown in the page on color phases.

Individual black bears can be recognized by:

Cub traits: Cubs’ blue eyes turn brown within a year.  Brown patches on the front and back of their ears usually disappear within a year.