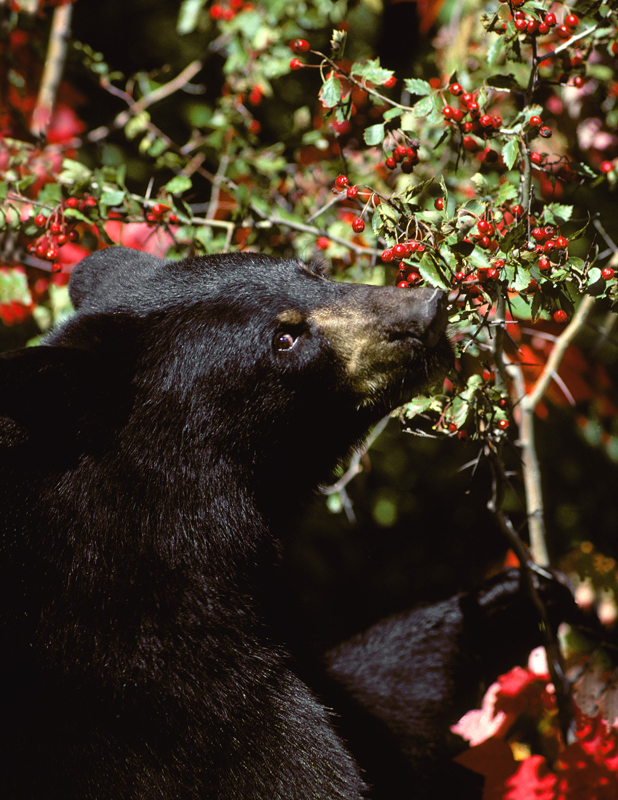 Getting fat is the most important preparation for birth.After mating in late May or June, pregnant females focus on eating for the rest of the summer. Females that don’t become fat enough by fall cannot maintain their pregnancies.

Pregnant females make dens earlier than other bears (as early as July 19) and line them with extra bedding. Around Ely, pregnant females begin hibernation in mid September to mid-October. Black bears delay implantation. That means their fertilized eggs do not immediately implant in the uterine walls and begin development. They remain free-floating in the uterus for about 5 months until November. Then they implant and grow rapidly. When the cubs are born in January, they weigh nearly a pound each.