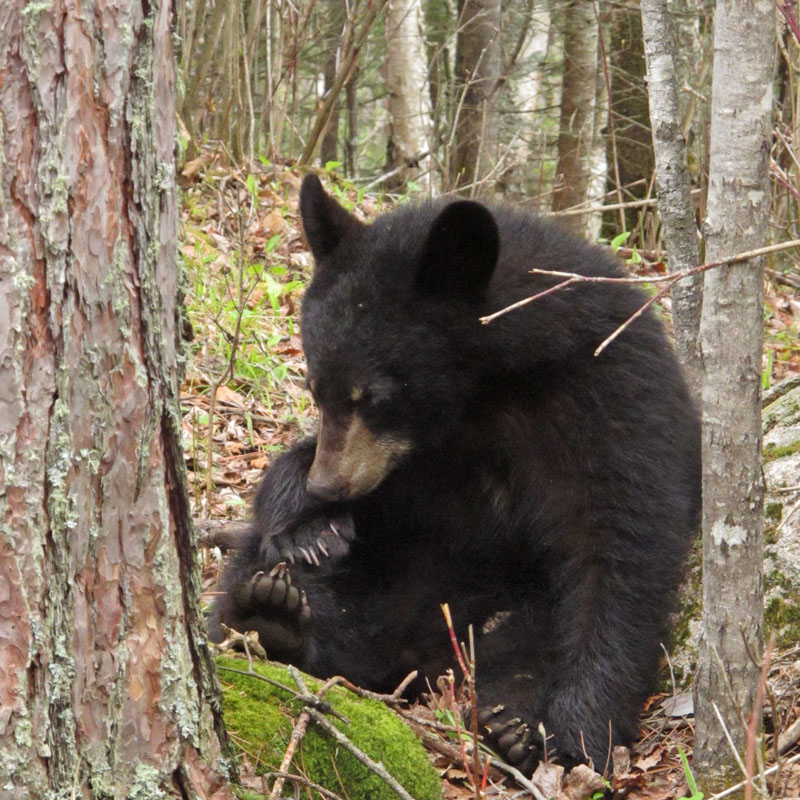 Untrue. People, bears, dogs, and other mammals have similar nervous systems to avoid pain and protect their bodies from injury (Fox 2007). Bears have unusually keen senses of smell, taste, and hearing, and they react to very light touch on their fur. No scientific evidence suggests that bears feel less pain than other mammals, including humans. 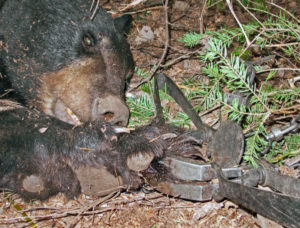 Exhausted and grimacing after days of struggle.

Photo description: A non-target victim of a trap set for another species, this old female lies exhausted, dehydrated, and grimacing after days of struggle. Her foot is crushed.  Her eyes are glazed, and she hasn’t enough saliva to lick her dry nose.  She was freed, but whether she survived is unknown.  Bears often die from the myopathy that results from prolonged pain, fear, and struggling.

*Other chemicals include opiates/endorphins, noradrenalin, corticosteroid hormones, and benzodiazepines.