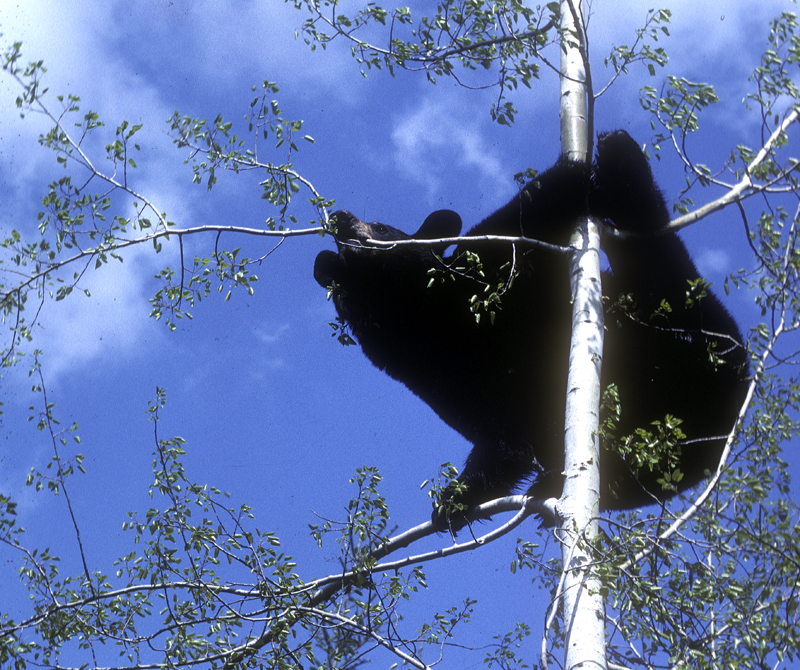 Learning Which Stem to Pull Down 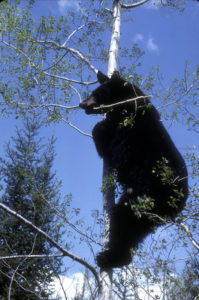 Bears sometimes identify a branch from the ground and climb up and bite it off. This is the same bear grown up, biting off a branch and carrying it to the ground to eat the leaves.

Many campers no longer hang their food.  They protect it in lightweight bear-proof containers that make the food virtually inaccessible for bears but easily accessible for campers.