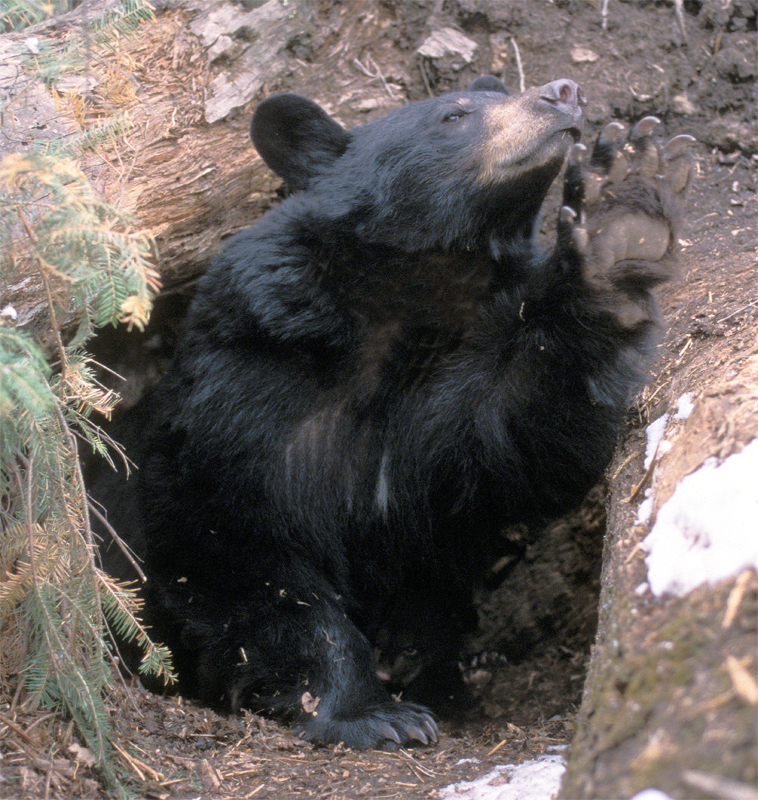 Science Daily (Apr. 25, 2007) — A new study measured strength and endurance of hibernating black bears. T.D. Lohuis and his coauthors found that black bears in hibernation lose only about half as much strength as humans confined to bed rest do.

“For humans and most animals, fasting, weightlessness, or immobility results in loss of muscle function,” explain the authors. “But black bears that do not eat for several months during hibernation still retain muscle protein and can still display sustained activity if disturbed.” 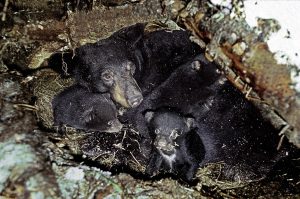 Bear and cubs in den

Adapting a system used to evaluate neuromuscular disease progression in humans, the researchers tested black bears early and late in hibernation. After 110 days of confinement without food, black bears lost only 29% of their muscle strength. In comparison, humans eating a balanced diet but confined to bed for 90 days have lost 54% of their strength, and human astronauts in a weightless environment lose 9%-11% of their strength during 17 days of weightlessness in space.

Black bears also sustained only a moderate loss of endurance, the researchers found: “After 110 days of fasting and limited mobility imposed by denning, bears still exhibited a fatigue profile similar to that of healthy, active, fed humans.”

In contrast to smaller hibernating mammals such as prairie dogs and ground squirrels, black bears also conserved muscle protein and size. The researchers found no loss in the cross-sectional area of bears’ thighs or calves.