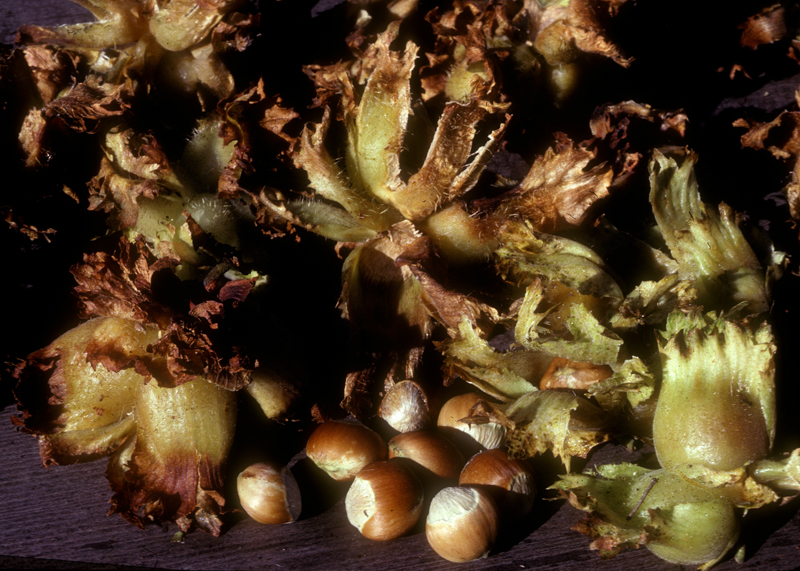 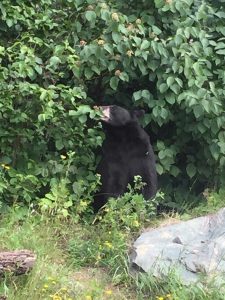 In the eastern United States, acorns, hickory nuts, beechnuts, and hazelnuts make the eastern deciduous forest the top black bear habitat of North America. Most bears there produce first litters at 3 or 4 years of age. In northeastern Minnesota, where acorns and nuts are less plentiful, bears do not produce litters until 6.3 years of age on the average.

In the occasional year when hazelnuts are abundant, bears gain extra weight, nuisance activity is infrequent, fewer bears go to hunters’ baits, and pregnant females go on to produce healthy surviving cubs.  They begin eating the soft developing nuts in June and make them their main food in July & August when the nuts ripen.

A good patch of hazelnuts can draw bears from long distances.  On July 30, 1991, researchers watched Terri, a 6-year-old female with cubs, put her nose into the southeast wind and lead her cubs out of their territory on a 3-day, 41-mile trek to the best hazelnut patch the researchers ever saw.  Hazel bushes loaded with nuts extended over 6 miles from Finland, MN, past Tetegouche State Park.

That was the first time Terri ventured more than a few miles outside her territory in her lifetime of being radio-tracked. At that same time, four other radio-collared bears moved similar distances upwind to the same patch. 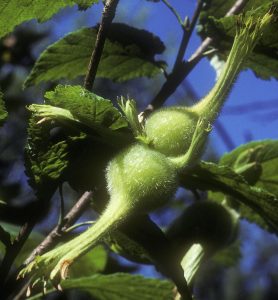 Terri and her cubs remained in the patch for nearly a month. Researchers watched how they extracted nuts from the bristly outer husks.  They bit the husk to split it and made the nut pop free into their mouths.  They gave each nut one or two chews with their broad, flat molars before swallowing it.

On September 4, at 5:30 PM, the family re-entered its territory and stepped onto a scale.  Terri weighed 174 pounds, a good weight for a lactating female.  The cubs were a whopping 66 and 70 pounds, the heaviest the researchers had seen.

How many hazelnuts can a bear eat in a day?  Terri’s sister Patch provided data on that three years earlier.  Patch allowed researchers to count how many nuts she ate in two 24-hour periods.  She ate 4081 hazelnuts (about 12 pounds) on September 5 and 4,225 hazelnuts (about 12.5 pounds) on September 6.  Where red squirrels piled nuts at bases of trees, she moved from tree to tree, sniffing each base until she hit one with a pile.  Caloric intakes exceeded 12,000 calories on each of those days. 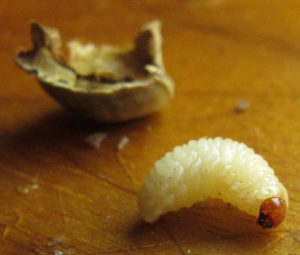 The bears’ greatest competitor for hazelnuts is probably the filbert worm (Cydia latiferreanus).  It begins life as an egg in the hazelnut flower, grows up eating the developing nut, and exits the empty shell in late summer.  Bears can tell in an instant whether a nut is good or empty.  When most of the remaining “nuts” are empty, the bears shift to other foods.