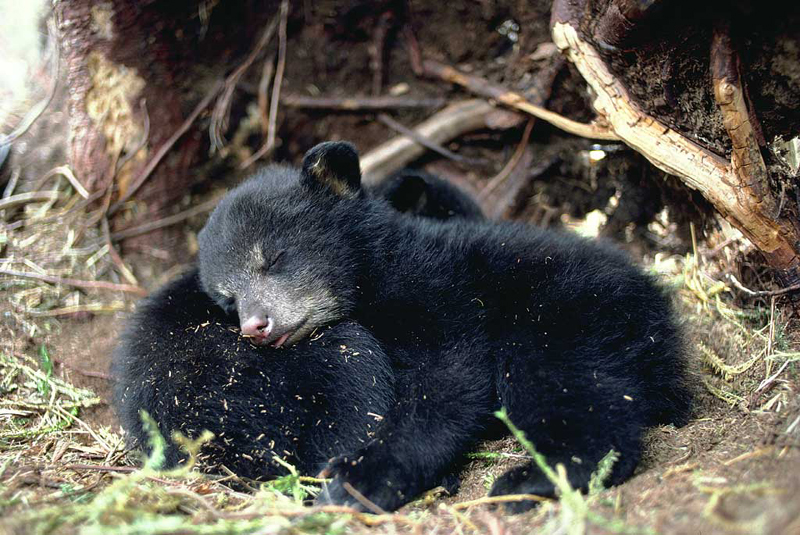 Effects of Food on Survival

Effects of food on cub growth and survival
Starvation is the main cause of death for black bear cubs around Ely. By fall, cubs can weigh 15 to 165 pounds, depending on food. The heaviest cubs are well on their way to reproducing at an early age. Lightweight cubs that survive to fall often starve the next spring after emerging from their dens. For example, a litter with yearlings weighing 8, 12, and 15 pounds at the time of emergence in mid April all died by mid-June in order from lightest to heaviest.

Effects of food on the age at first reproduction
Abundant food enables female black bears to grow faster, mature sooner, and reproduce more successfully. Most produce their first litters at 3 to 7 years of age. With abundant food, female black bears produce their first litters at 3 or 4 years of age (rarely at 2). With scarcer food, they might not produce cubs until they are 8 years of age in northeastern Minnesota or until 11 years of age in northern Ontario. Around Ely, the average is 6.3 years for bears on natural diets and 3 to 4 years of age for bears that receive supplemental food.