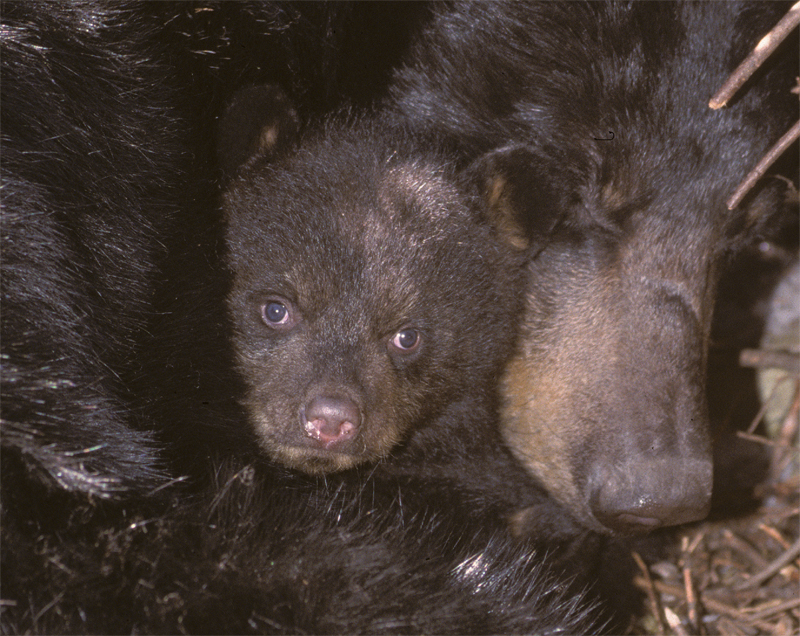 Malnourished black bear females do not successfully reproduce. Their offspring are absorbed in utero, are stillborn, or starve from lack of milk.

The usual interval between litters is 2 years. But when natural foods are scarce, it sometimes takes 3 or 4 years for mothers to build up enough body reserves to produce the next litter.