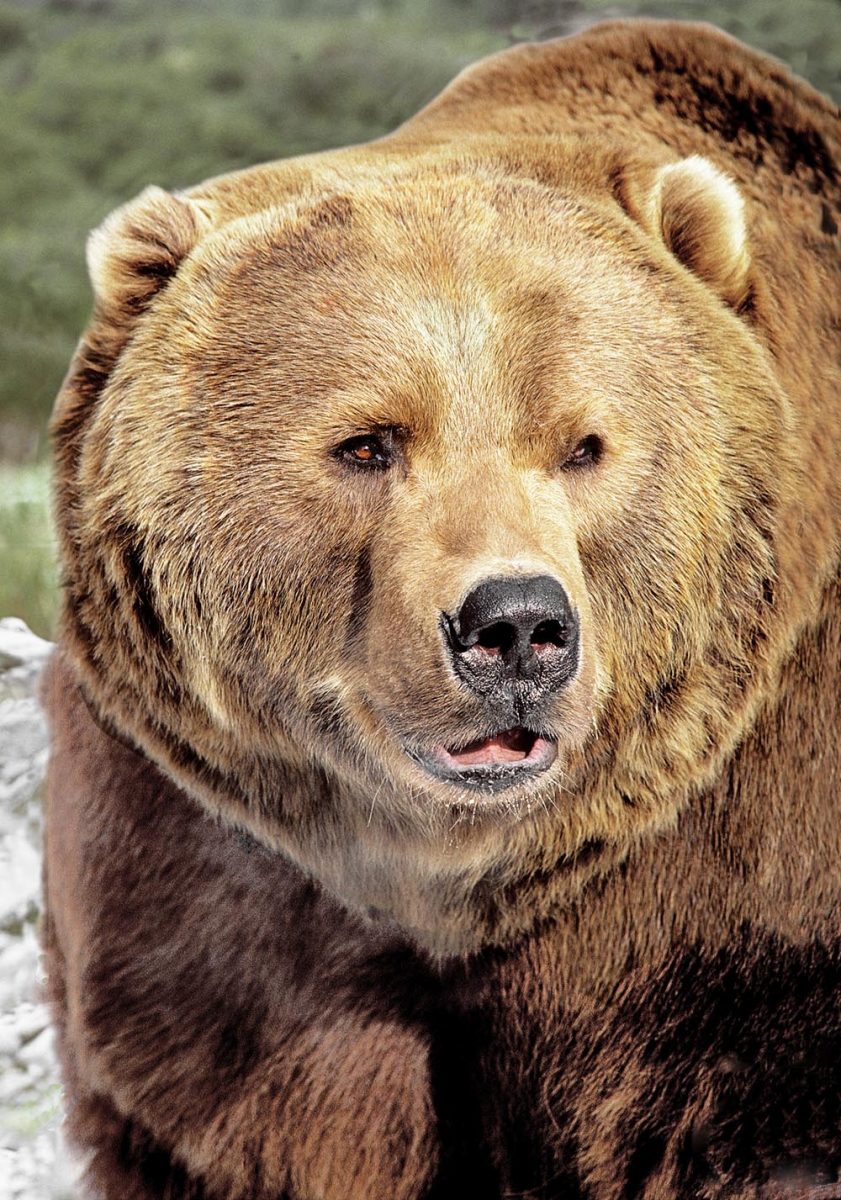 Kodiak bears are among the largest of all living bears, being comparable in size to polar bears.  Sixteen of the twenty largest brown bears killed by hunters have come from the Kodiak Archipelago.  A large male can stand over 10 feet tall on his hind legs, and 5 feet on all four legs. 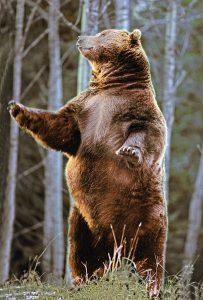 Males can weigh over 1,500 lbs after feeding on spawning salmon.  A male weighing 1,648 pounds was listed in the Journal of Mammalogy.  Females are about 20 percent smaller and 30 percent lighter than males.  Despite large records sizes of Kodiak bears, brown bears average larger on the adjacent mainland in Katmai National Park where they are protected from hunting and have a greater chance of reaching full size.

In captivity, Kodiak bears can become substantially heavier than in the wild.  The largest known Kodiak lived at the Dakota Zoo in Bismarck, North Dakota.  According to Zoo Director Terry K. Lincoln, he was removed from the wild as a young bear because he was causing problems.  Named “Clyde,” he weighed 2130 pounds at his death in 1987 at the age of 22.  He probably weighed closer to 2400 a year or so earlier.  When he was necropsied, he had a fat layer (in June) of about 9″.

Twenty two years is not an unusually long life for a captive brown bear.  A female brown/grizzly at the Henry Doorly Zoo in Omaha, Nebraska, was still producing cubs at 41.  She was euthanized at the age of 44.