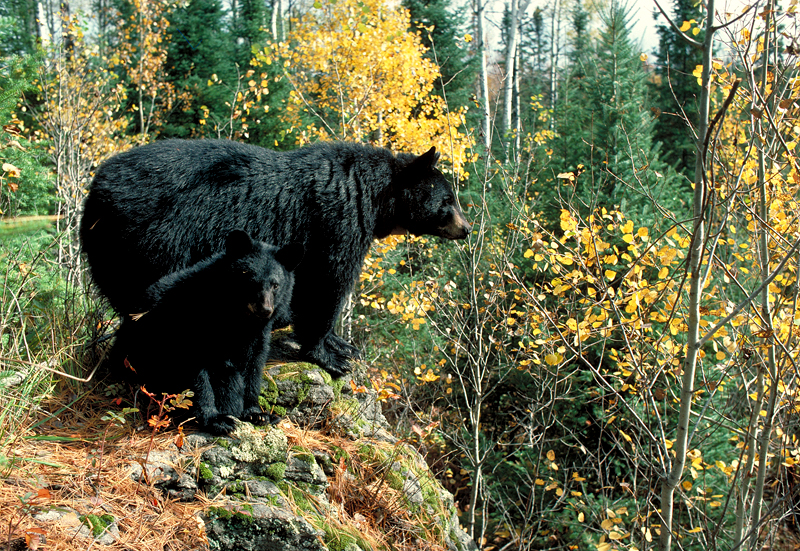 If a Black Bear Senses I’m Afraid, Will It Attack?

No.  Most people are afraid near bears and are not attacked.

Black bears are not looking for a vulnerable person to attack.  Their first concern is that they will be attacked. 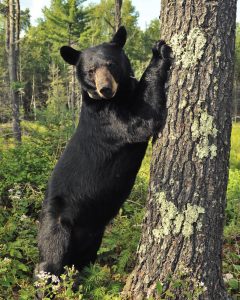 Black bears may have the same worries people do about appearing afraid and vulnerable.  That might be why they become blustery when they are nervous.

The erroneous belief that black bears are likely to attack is difficult for people to shake after a lifetime of seeing ferocious-looking pictures and snarling taxidermy.  Month after month, outdoor magazine artists draw terrifying pictures of bears.  The most common drawings make bears look like they react to people with anger and an unnatural snarl that is drawn entirely from the artists’ imagination.

In reality, only rare individuals attack.  About one black bear in a million becomes a predator.  For the rest, attacks are difficult to provoke.  Bear Center researchers have not heard of anyone being attacked because he or she was afraid.

In an inadvertent test, a researcher tripped while retreating from a charging mother black bear and felt intense fear lying on his back with the upset mother standing over him.  She didn’t touch him.  Although Bear Center researchers have at times been afraid during their 50 years of study, they have never had a black bear come after them and hurt them.