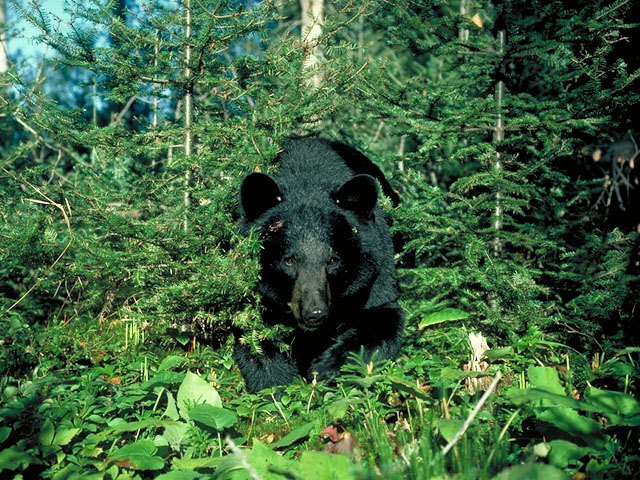 Predation:  The stocky body that gives black bears strength and minimizes heat loss makes them a poor predator.  The stocky, insulated body makes them overheat during chases and gives them poor turning ability.  They cannot match the agility of specialized predators or potential prey. 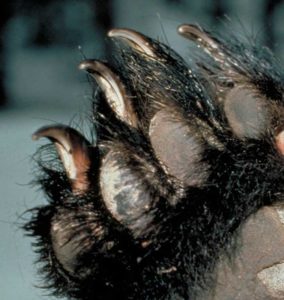 Digging:  The short curved claws that adapt black bears for climbing limit their digging ability.  By comparison, grizzly bears have longer straighter claws for digging as an adaptation to living in more open country where more of their food is underground.

Reliance on unpredictable foods:  Black bear reliance on nuts and fruit for an important part of their diet makes them subject to food shortages in years of drought or late frosts.

Reliance on learning: Much of black bear behavior is the result of learning, rather than instinct, making black bears adaptable to a variety of habitats from Alaska and Canada to Mexico and Florida.  This same ability to learn how and where they can safely forage misleads them to fail to recognize non-aggressive humans as threats.  Their ability to smell natural foods also enables them to find people’s food when natural foods are scarce, and their failure to recognize non-aggressive people as threats leads to deaths from bullets.