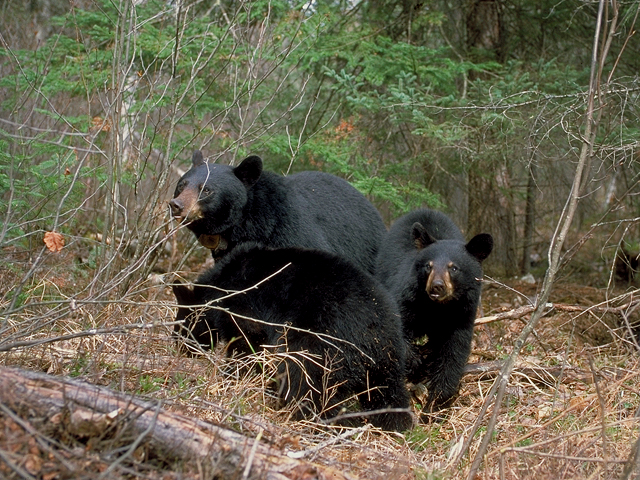 Black bear mothers give birth in January and stay with their cubs for 16-17 months.

Family bonds remain strong right up to the day of family breakup. In the days before family breakup, they play together, groom each other, sleep together, and suckle. Like human youngsters, yearling bears sleep very soundly, trusting their safety to the alertness of their mother. 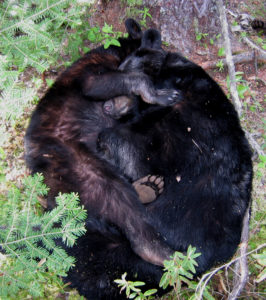 Family breakup happens suddenly during mating season in May or June when the mother is nearly ready to mate.

Littermates also separate from each other. Each settles in a separate area within its mother’s territory. The mother then avoids those areas, giving the yearlings nearly exclusive feeding rights.

Without their mothers, the yearlings are initially skittish, spending long periods up trees. They become covered with ticks. By the end of the summer, they develop into confident little bears.

Most sons voluntarily leave within a couple years after family breakup. Most daughters eventually establish territories in or near their mother’s territory.

Photo:  A week before family breakup, a yearling male (left) sleeps snuggled with his 5-year-old mother, not realizing the traumatic change that is about to happen in his life. — May 18, 2006, Ely, MN