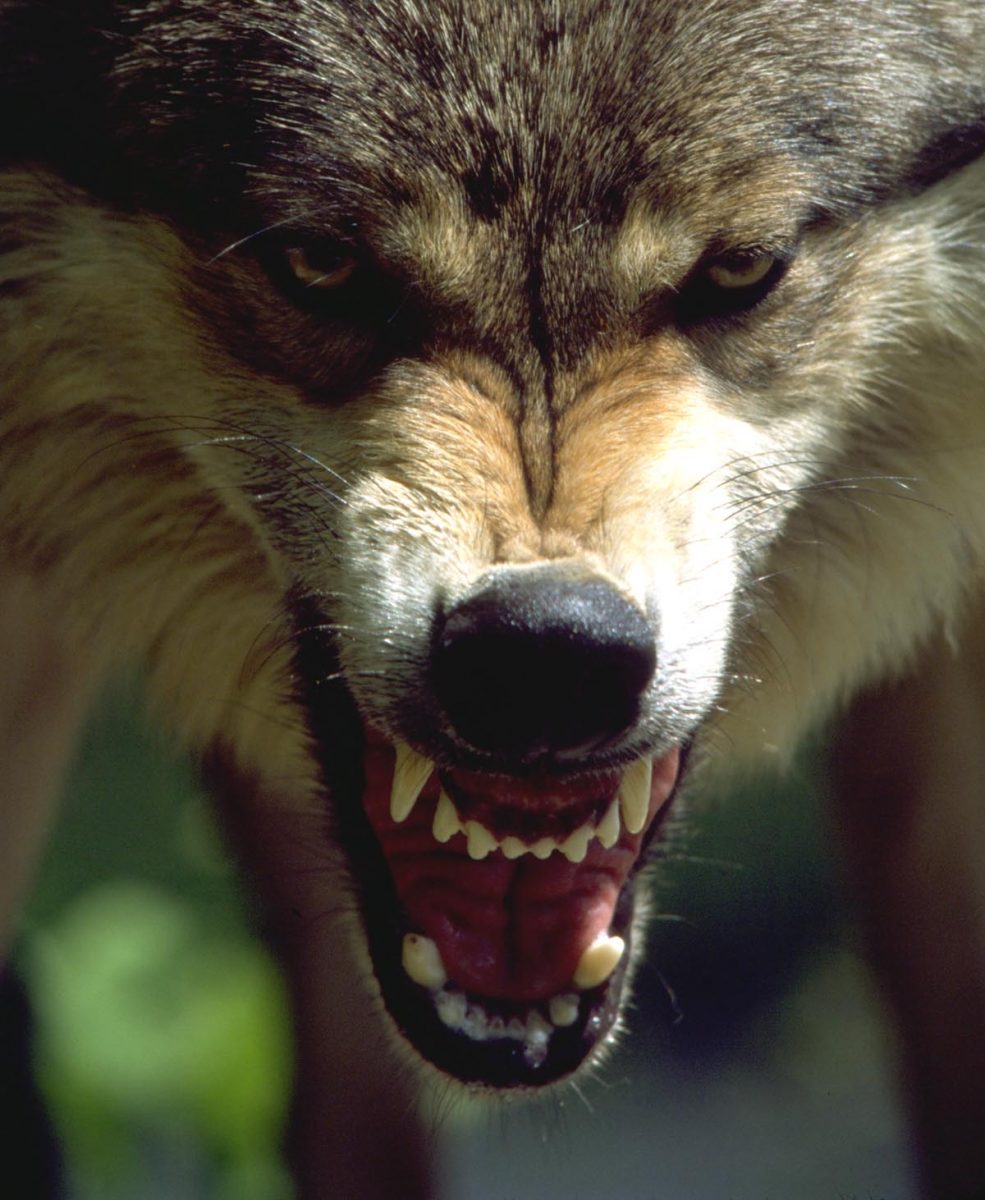 Bear Center researchers are still waiting to find out. In over 40 years of capturing, observing, and confronting bears—and seeing the occasional fight—they have yet to hear their first growl.

This is NOT a bear! This is actually a wolf growling and threatening. This wolf growl is often used as a bear sound in movies and on TV because people think black bears should sound like this. Growls are rare or absent in black bears. Fearful people often describe any bear sound as a growl.

But how does that square with the many people who say they have heard black bears growl?

Growls may be in the ear of the beholder. If a person is expecting a growl, anything a bear says might be interpreted as a growl. And some sounds do sometimes have a throaty quality.

One of the sounds people might call a growl is the moan of fear. Bears that escape up trees at campsites sometimes moan plaintively in a deep voice. Another sound some might call a growl is the huffing that scared bears do as danger passes and they nervously decide to descend from a tree or stop running away. Sometimes the huffing has a throaty quality. Also, bears sometimes sound a bit throaty when they pounce, blow, and slap the ground. Whether these are growls depends upon each person’s definition.

If a person ever were to hear a growl, it seems like it should be during a fight. In this video-taped fight, we hear loud, pulsing, deep-throated sounds. Researchers are not sure what to call those sounds other than simply describing them.

The great thing about all these videos is that people can watch and listen. The research bears can teach us all directly. Everyone can decide for himself or herself what the bears are doing.