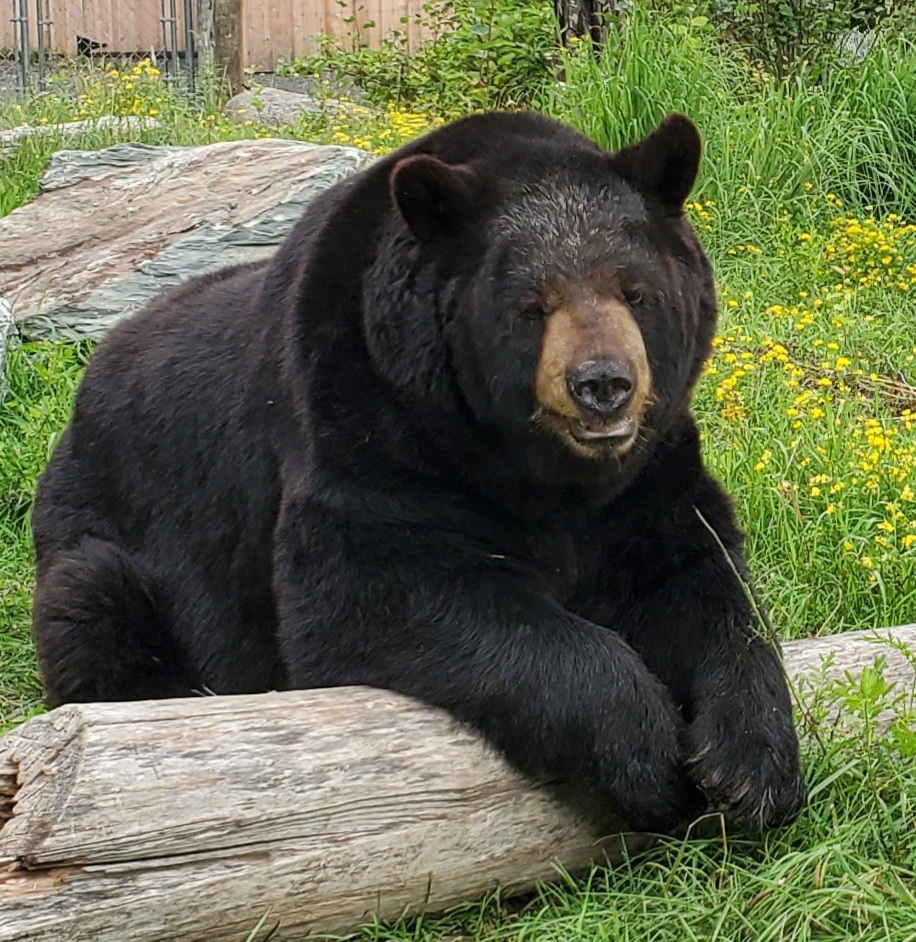 The year began slowly as the snow continued into May and we had to have the walkway plowed to enable us to get up to the bears. Lucky was actually the last to get out of his bunker den. Tasha and Holly were the first to come out. Ted came out but the snow was very deep for him to walk on.

Our month of June had a slow start but by mid-July the visitors were pouring through the door to see our bears and learn more than they ever thought possible about the American black bear.

By late August, all the indications from Holly and from wild bears told us that hibernation would be early. We tried to allow Holly to hibernate in the bunker but, but she had another idea in mind and on October 19, Holly took over the Rock Den from Tasha.

All of the bears had a great season, foraging for wild foods in the enclosure, enjoying the pond, climbing for treats, and enjoyed a variety of enrichments toys. The interns had a great experience as well, getting to know our bears and learning each of their personalities.

Tasha tried to dig a den but it collapsed so she began preparing the Rock Den until Holly decided to move in. She has now settled in the large bunker near the Lucky. One would think Lucky would enjoy having her near him but hibernation means do not disturb.

All the bears were ready to hibernate by October 23, our last day open for the season. Although Tasha was in and out, she is doing fine and settled in. She had been looking at the smaller den all summer. For now, they are all safely tucked in with plenty of straw and natural ground clutter.

Thank you all for contributing bear foods all summer long through Amazon Smile, 2023 will be a new year and your help will again be needed.

I want to thank everyone for their kind and heartfelt words after Ted’s passing. Ted taught us many bear behaviors and I learned to apply them to the other bears with the knowledge. Ted was always a captive bear but still a bear. It was a privilege to earn his trust and care for him.

He was a teacher, preacher and trusted friend. I will miss him greatly as will our entire staff, his friends and his human family. Thank you, Ted bear.

Thank you for all you do, we look forward to another great season in 2023!