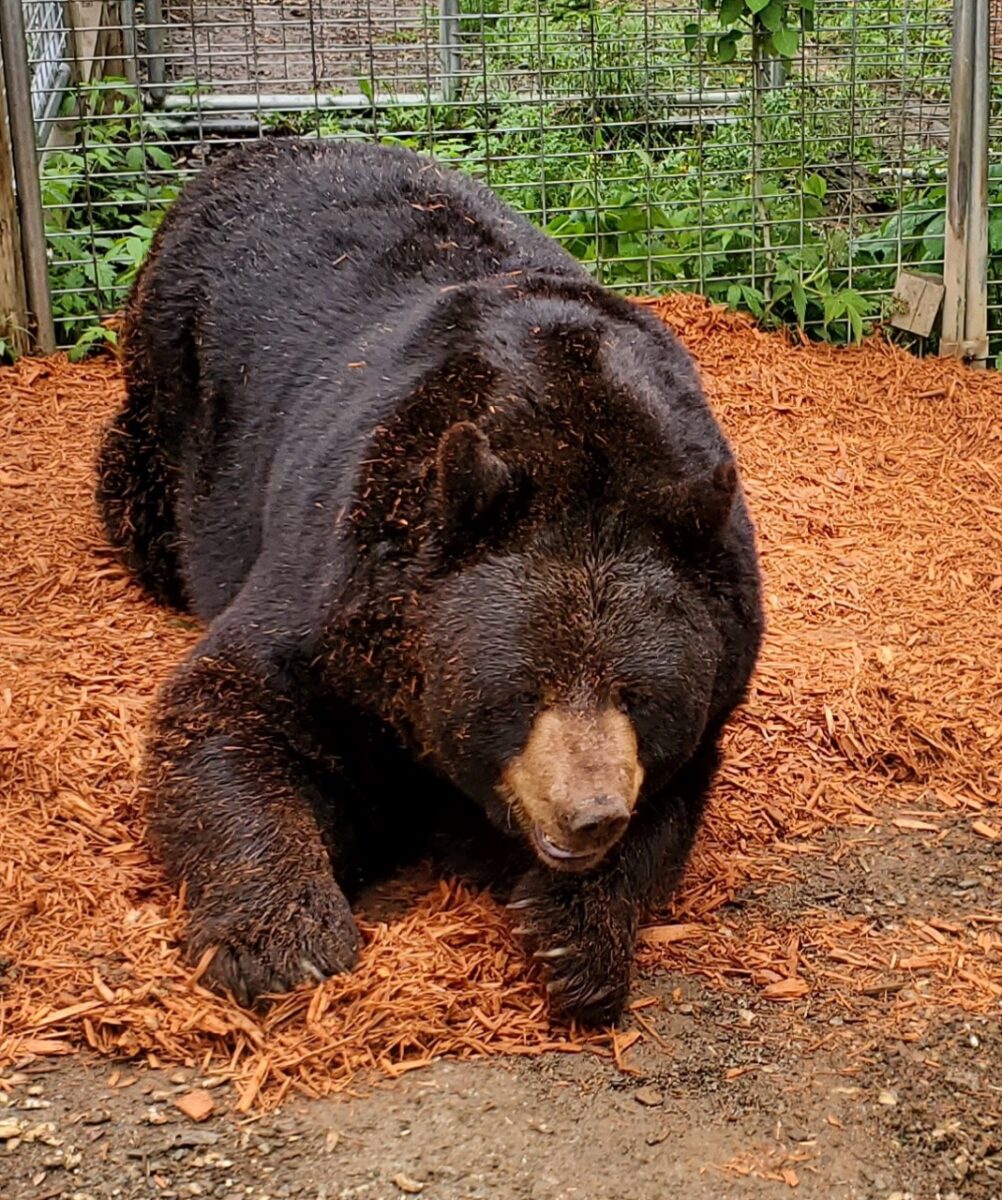 Taking a stroll with Ted and fresh cedar mulch. 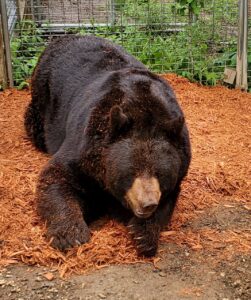 It’s important to remember that Ted is 24 and a half years old. He likes to wander out in the enclosure and when he does, he sometimes takes side trips to visit areas where he used to rest. Such was the case on Monday when Ted walked back to his enclosure. He crossed the mound, sat, and ate grass, then turned towards the cedar trees where Holly and Tasha used to play. I walked across the mound to check on him, he grunted then laid down. I left him to rest. His age and resilience speak for him, he takes many breaks before he arrives at his destination.

Next, he saw Holly, she previously bluff charged the fence but then licked his head.

Ted made his decision and turned to his left and walked into the woods. I’m wondering if he purposely did it to avoid confrontation. Ted is a very intelligent bear. He carefully looked at each step he took, traveling over some large branches. He saw me and found the bear trail. Again, sitting down to rest. He found some fur shed by either Holly or Tasha and sat investigating it. He then got up and came to me as I waited inside his enclosure.

On Thursday, I gave all the bears fresh cedar mulch. Ted finished his bowl of peanuts and immediately investigated his new flooring. He looked like an orange bear when he had finished rolling in it.

In the bunker den, Holly dove face first into her mulch and pushed with her toes to get her body covered. It’s fun to see her relaxed and acting like Holly bear should. Later she had many bluff charges towards Tasha and was given time to rest by herself for the evening while Tasha enjoyed a night out in the wooded area of the main enclosure. 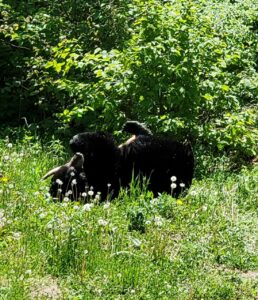 Lucky has not shown interest in Holly this year. He likes being in the cabin area and when he’s not being talked about, he takes the opportunity to show off for our guest. Each time I attempted to get his cedar in for him, he met me at his gate. He was so eager to get fresh cedar. A short video was posted of him enjoying his first pile of cedar. click here to view

I see the voting is going quite well for the piñatas. Remember, each vote counts and all proceeds go toward Bear Care and Food. I also want to mention how excited and anxious the bears get when they see their piñatas. The Half-birthday celebration has become a special time for the bears. They know that their favorite goodies go into their specific piñata such as:

*Tree nuts, a special blend of walnuts, hazelnuts, almonds, pecans, like the yogurt craisins, both items are like gold for our bears and used for specific events.