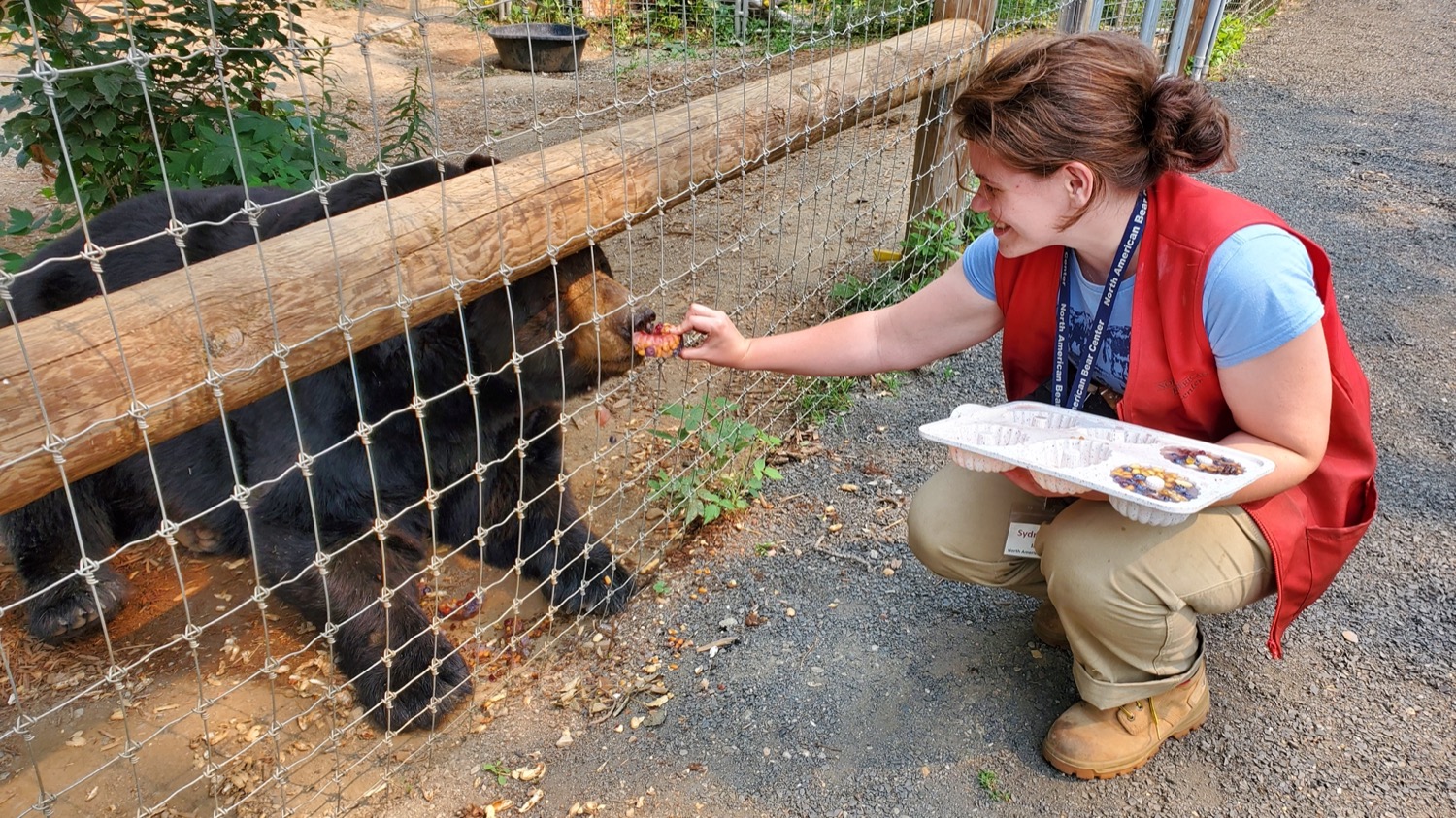 Have the two females chosen their hibernation sites? Chucky piques our interest with his weight and Ted’s adventures continue.

This week’s bear news is preempted by our resident woodchuck/groundhog. His name is Chucky and has been a known resident in the viewing area for many years. This past week he (she) got on the scale and the interns recorded his weight at 12.8 lbs. The average woodchuck weighs 5 to 12 pounds. Is Chucky on his way to breaking records? 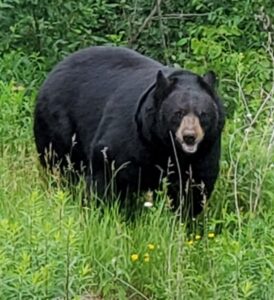 Last week I mentioned that the females are looking for denning sites. It is still happening as of this writing. There is fresh dirt at the entrance to Den 1, the dug den closest to bunkers. This den is currently being protected by Tasha. She has also been in and out of the bunker dens.

This den may be just the right fit for her.

Holly has a great amount of ground clutter at the entrance of Den 2, this den is northeast of Den 1. It is the same den she used last year. In the photo you can clearly see the placement of the paws as she pulls herself out of the den.

Lucky has also been digging under his current den or the cabin. Will he break habit and sleep in a dug den this year? There are interesting things happening this year with the bears.

Ted bear had another big day out. When I arrived with bear food on Thursday Ted was lying near the fallen tree near the mound. He used to sleep there when we had the window den. This is a well-shaded area which is why Ted chose it for his nap. Each of the bears get frozen treats. Sydney, one of our interns, gave Ted a smaller frozen treat, and Tasha also received one. 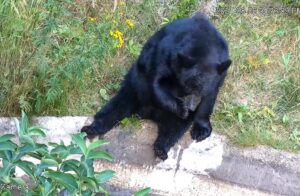 The Ely area is still in a drought and much of the Boundary Waters has been shut down due to fires.

Thank you to one of our Mods for catching a picture of Tasha sitting by the pond and to all that watched the bears get their treat bags and Ted his watermelon.

I can’t thank you enough for your continued support, the bears enjoy the dried fruits and nuts every day.