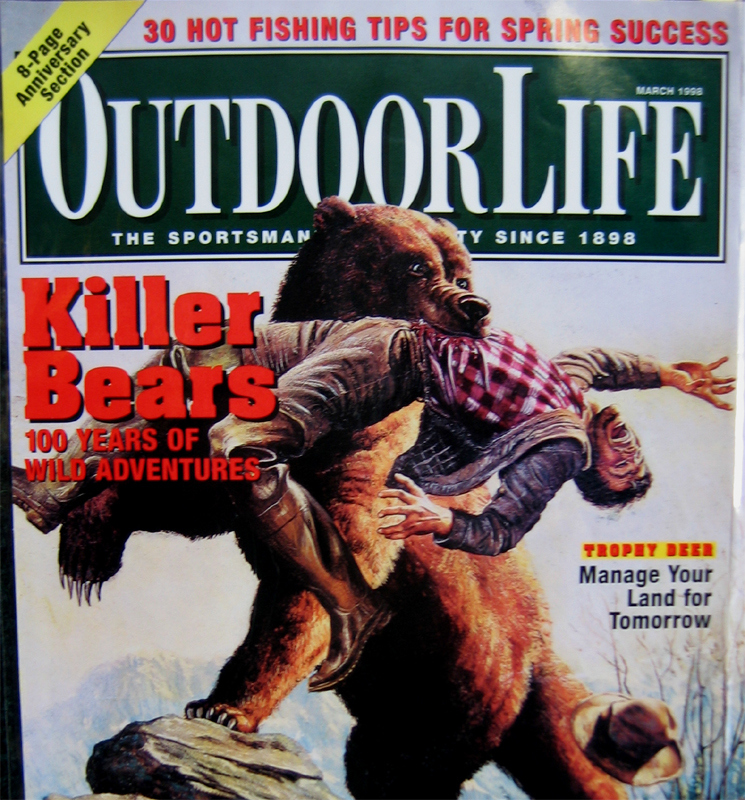 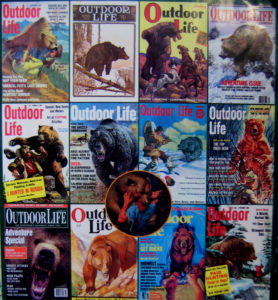 By the dawning of the ‘40s. Outdoor Life had built its reputation as the place for attack stories, with bears featured on at least one cover per year.  But over the course of that first half-century of snarling bruins, the way the stories were told changed in significant aspect.

The language of bear attacks drifted toward the lurid.  All of a sudden, bears were not simple beasts, they were “growling, slant-eyed demons” with “minds only for mayhem.”  And the men who fought them, whether church-going fathers or toothless boozers, were heroes on the pages.

The story’s title could easily have read “Outdoor Life Commemorates 100 Years of Attacks on Bears.”

Bear Center researchers grew up reading those articles.  It took them years of working with bears to fully overcome their misconceptions.  When they saw normal, timid wild bears, they had the old ferocious images in the back of their minds.

These researchers went on to create the North American Bear Center where people can learn about bears from videos of wild bears behaving naturally.